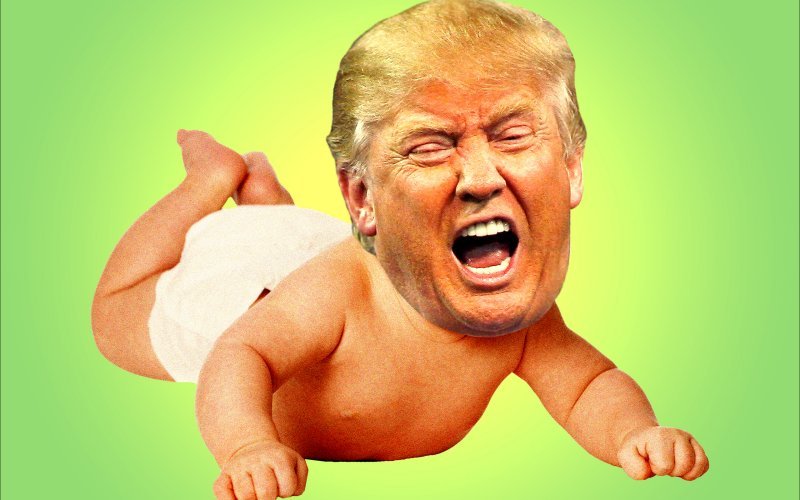 OK. What. The. F??k. Trump needs to STFU and let the grown-ups do the foreign policy, even it that means Pence or almost anyone who has basic common sense and doesn’t act on his ADHD drug-induced urges. (Rumors ya know. Without disclosure of health and tax records….)

What will it take to isolate this man-child so he can do no harm?

President-elect Donald Trump shook up American foreign policy with a pair of tweets about North Korea and China on Monday.

China’s response? STFU manchild. We won’t respond to tweets. We will wait for the grown ups to speak. We will wait to see the policy that the grown-ups and the handlers put together.

During a press briefing on Tuesday, Chinese Foreign Ministry spokesman Geng Shuang responded to Trump’s tweets by saying that China’s attempts to solve North Korea’s nuclear weapons issue “are clear for all to see.” He cited as examples China’s calling of a six-nation convention to convince North Korea to give up its nuclear program and support for United Nations sanctions against the rogue state. When it came to the question of whether Trump should use his Twitter account to make important foreign policy statements, Geng merely commented that, “We don’t pay attention to the features of foreign leaders’ behavior. We focus more on their policies.”