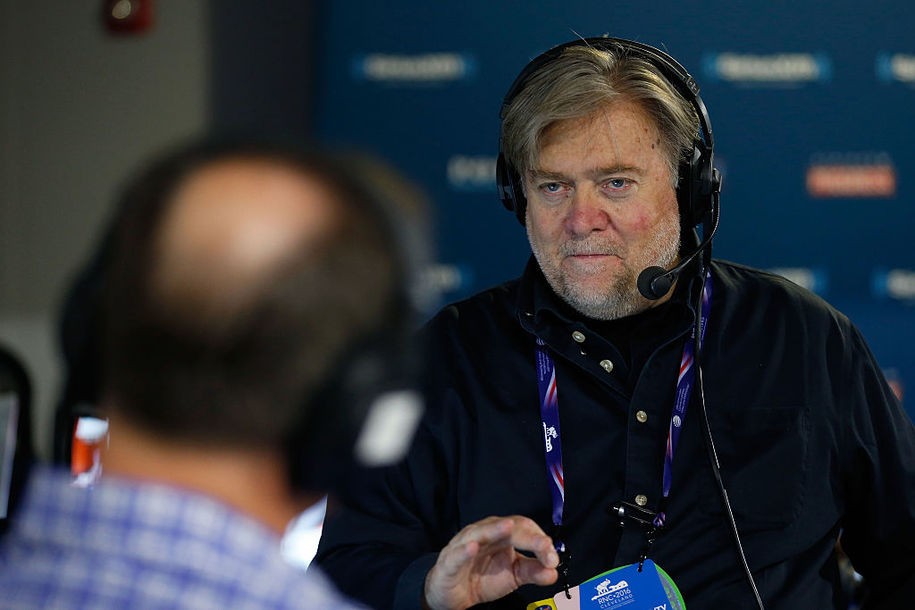 Steve Bannon has a new title to add to his resume—chief strategist and senior planner. He’s Donald Trump’s top man in the White House. Bannon is known for his anti-Semitism, white nationalism and conspiracy theories, but he’s also not a fan of educated, progressive women. While defending Sarah Palin and other conservative women, he said he thinks educated, progressive women are nothing more than a bunch of “dykes.” This wasn’t some secret audio recording. He said this in a radio interview in 2011.

This man is the top advisor to the president of the United States. Think about that for a minute. Already Republicans like Reince Preibus and Newt Gingrich are taking to America’s media giants to explain that Bannon went to Harvard, he was in the Navy, etc. They are trying to normalize a man who denigrates women. A man who promotes White Nationalism. A man who dehumanizes people of color. A man who is proudly anti-Semitic. We cannot let them normalize this man and his views. We have to reject him and his views with everything we’ve got.

For the purpose of clarifying, these comments were made in 2011. The fact they were made 5 years ago does not lessen their vile nature or the fact that this man has no business being near the White House and the President of the United States.