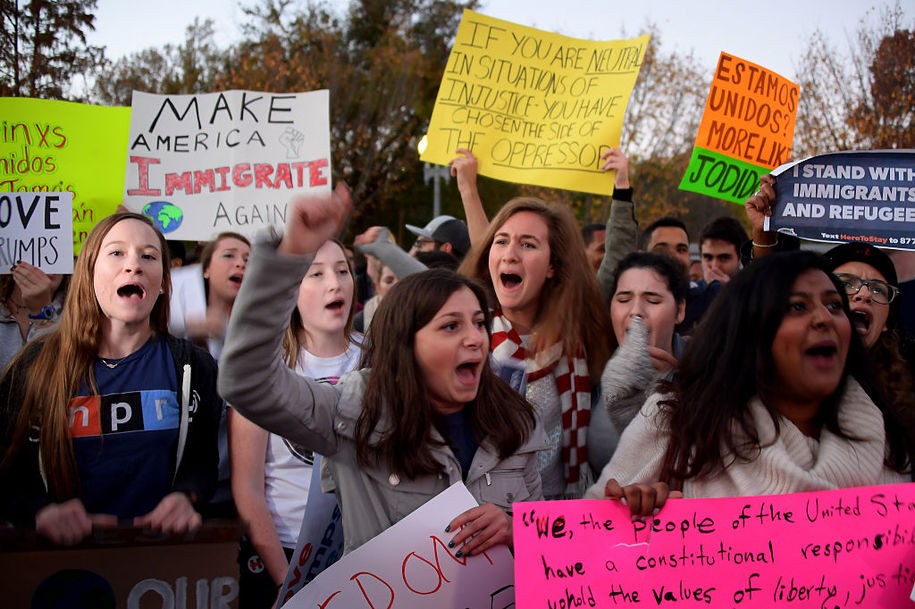 Protesters during Trump’s visit to the White House on Thursday

Donald Trump’s Twitter account now says “President elect” which makes it all seem so horrifyingly real. But now that we’re safely past the election, someone has handed his iPhone back to Trump and the tweets are flowing again.’

How enterprising of the media. Can anyone tell me the going rate for a professional protester these days? Because, I mean, right now I feel like I could give some first class marching and shouting. And really, Donald Trump is just not going to believe that people are willing to hate him for free.

Trump himself, sadly, can’t be in every city where protests are boiling—people are even protesting his elections in Ireland and Australia—but Trump buildings are easier to find.

Tens of thousands filled the streets in at least 25 US cities overnight — with demonstrations outside Trump’s properties.

Protests have become angry in some places, and several dozen protesters have been arrested in different cities. For those thinking this is an event limited to the coasts, there are protests underway tonight in Grand Rapids, Michigan, as well as Dallas, Texas and Louisville, Kentucky.

Police are calling events in Portland a riot after many incidents of property damage and spread to multiple areas in the city. Protests in most cities seemed peaceful, but …

A third consecutive day of anti-Trump demonstrations turned violent Thursday night, as protesters began with a rush-hour march and chanting but eventually smashed cars at a dealership and rampaged through the Pearl District shattering business windows into Friday morning. 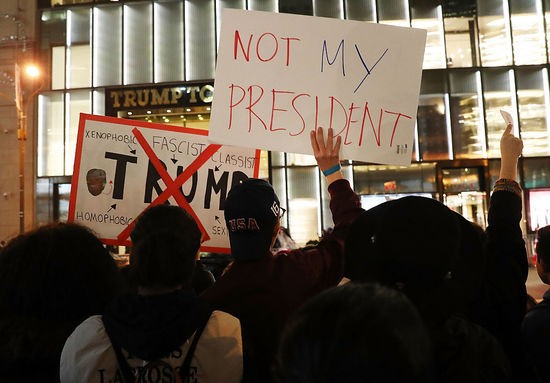 Protesters in LA are being warned not to block freeways or damage property as happened on Wednesday night when hundreds of people flooded onto the 101. But thousands of other protested peacefully on both nights.

Protesters are blocking highways in other cities, including Minneapolis where I-94 is currently shut down.

In Philadelphia hundreds gathered outside City Hall for a protest that was more sad than angry.

People passed Dixie cups holding candles in a vigil that organizers say was meant to provide a place to “mourn, grieve and be in community together.”

Many protesters found relief in being together, in seeing that they were far from alone in their outrage and disappointment. Few seemed to believe that the protests would have an effect on Trump taking office, but they did believe it was important to speak up and show the depth of the anger many feel about Trump’s racist, sexist, and bigoted statements.

Meanwhile, Fox News has joined Trump in saying that these protests can’t be happening just because millions of people are outraged and or despondent.

With tens of thousands of people taking to the streets to protest Donald Trump’s presidential election victory, questions are swirling about whether the anger is as organic as advertised.

The Fox News story comes complete with pictures of buses that were supposedly used to bring in those professional posters, and points out a Craigslist ad … yeah, a Craigslist ad, looking for “full time activists.”

“WTF, @georgesoros busing in & paying #protestors to destroy cities is domestic #terrorism. #fakeProtests #BlueLivesMatter have tough days,” read one tweet in response to the viral picture of buses in Austin.

It’s a post fact world. We just live in it. Allegedly. 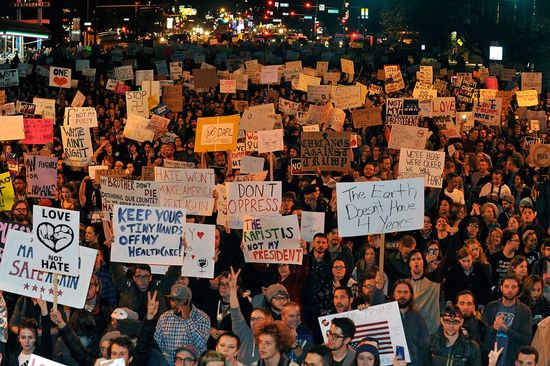 Thousands of protesters march in Denver 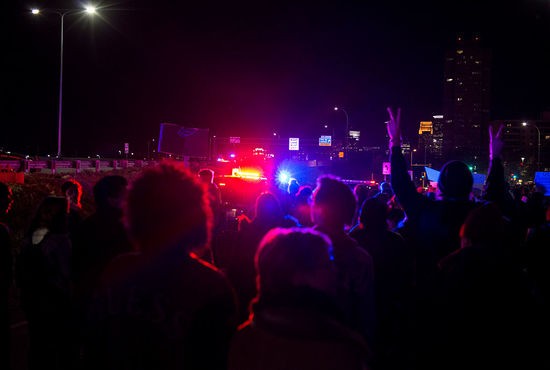 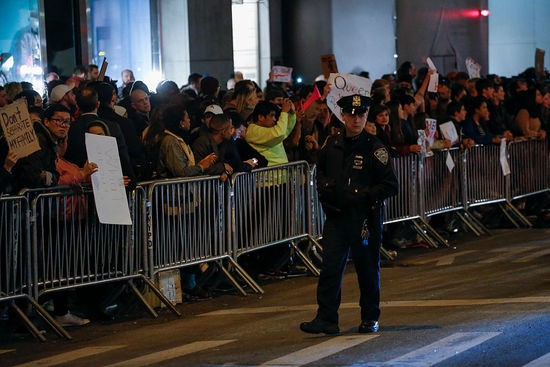 Another view of the scene outside Trump Tower