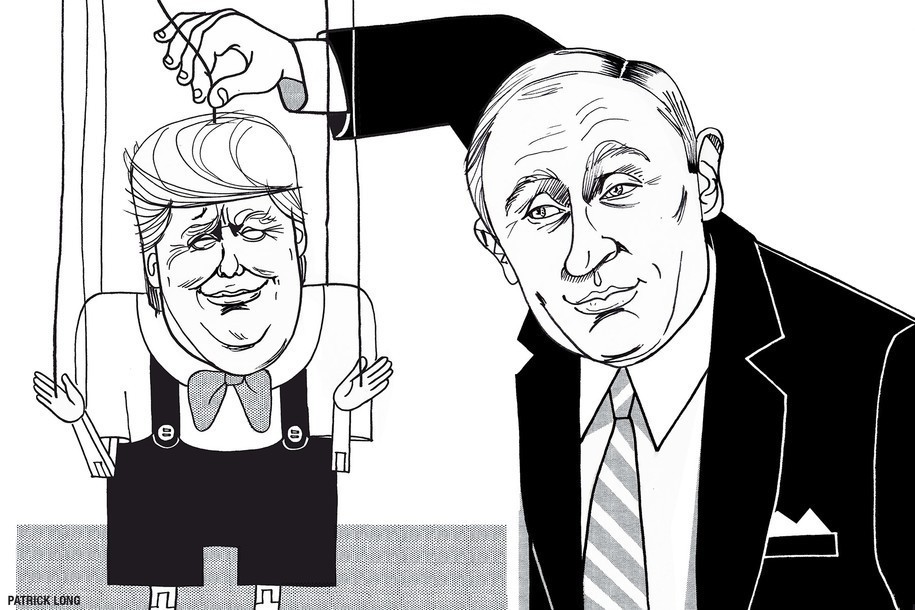 As The Guardian reported yesterday, today the Washington Post is saying that Russia’s Deputy Foreign Minister told a state-run news agency that his country was absolutely in contact with the Trump campaign.

But Russia’s Deputy Foreign Minister Sergei Ryabkov, in an interview with the state-run Interfax news agency, said that “there were contacts” with the Trump team.

“Obviously, we know most of the people from his entourage,” Rybakov said. “Those people have always been in the limelight in the United States and have occupied high-ranking positions. I cannot say that all of them but quite a few have been staying in touch with Russian representatives.”

He denied allegations of Russian interference in the election, but said “maybe we helped a bit with WikiLeaks.”

And what does Russia want from America? A lifting of sanctions, for starters.

I would like to congratulate the American media for failing to cover how our country’s democracy was being subverted by a country hostile to America’s interests. I would like to thank them for playing their part in striking fear into the hearts of countries throughout Eastern Europe. And I would particularly like to praise them for saving money on research by using the free of charge fruits of espionage provided by a country that actually despises us.

Well done selling America down the river, American media. I know it was worth $1 billion in profit to CNN, how much did the rest of you get?

It is cold comfort to know that Trump is coming for you first. A free press is always the first to go. Just ask journalists in Russia. You can find the best of them in graveyards and in exile.