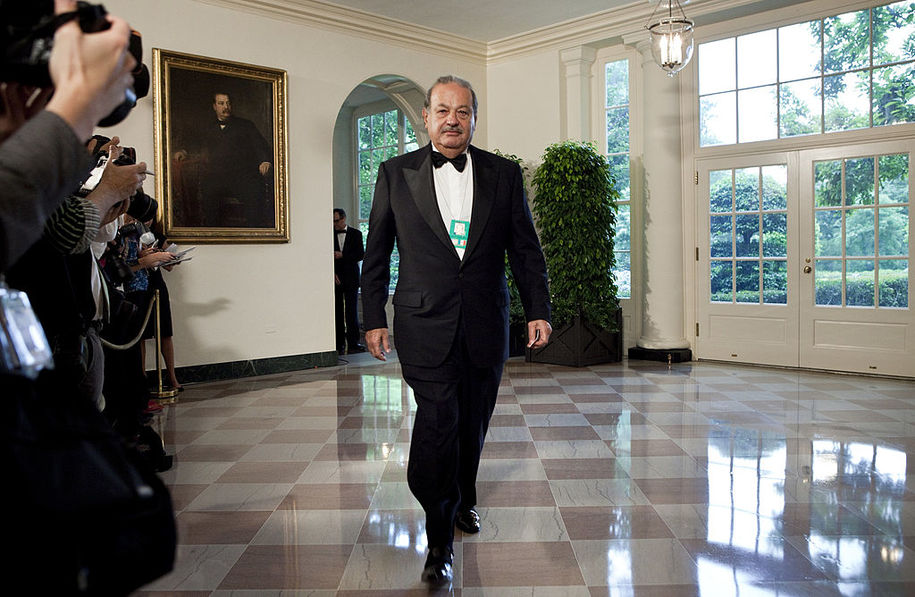 The name is Slim, Carlos Slim.

Donald Trump started his political campaign spreading the idea that Mexicans were criminals and rapists. Now that his own sexual assaults are at the front of the news, he’s ready to explain how that is also Mexico’s fault.

Donald Trump will broaden his attack against the media to hit globalism and the Clinton Foundation by charging that Mexican billionaire Carlos Slim is part of a biased coalition working in collusion with the Clinton campaign and its supporters to generate news reports of decades-old allegations from several women.

Hillary Clinton is part of a Mexican conspiracy to take down Donald Trump. Donald Trump doesn’t explain how donating a small amount to a charity ties Slim to Clinton. But then, Carlos Slim knows that the Wall Tax the Mexican government will pass when it comes time to Build. That. Wall. for Donald Trump, will impact Mr. Slim’s fortune. And Mr. Slim has a much, much bigger fortune than Trump.

As early as Friday, Mr. Trump is planning to claim that Mr. Slim, as a shareholder of New York Times Co. and donor to the Clinton Foundation, has an interest in helping Hillary Clinton’s campaign, according to a Trump adviser.

Honestly, there is no doubt that Carlos Slim does have an interest in seeing Hillary Clinton elected. The same interest shared by billions of people around the world—desperately hoping that the world is still here on November 9 because Donald Trump is defeated on November 8.

Has Donald Trump called up Vladimir Putin yet to complain that a foreigner might be interfering in our election?