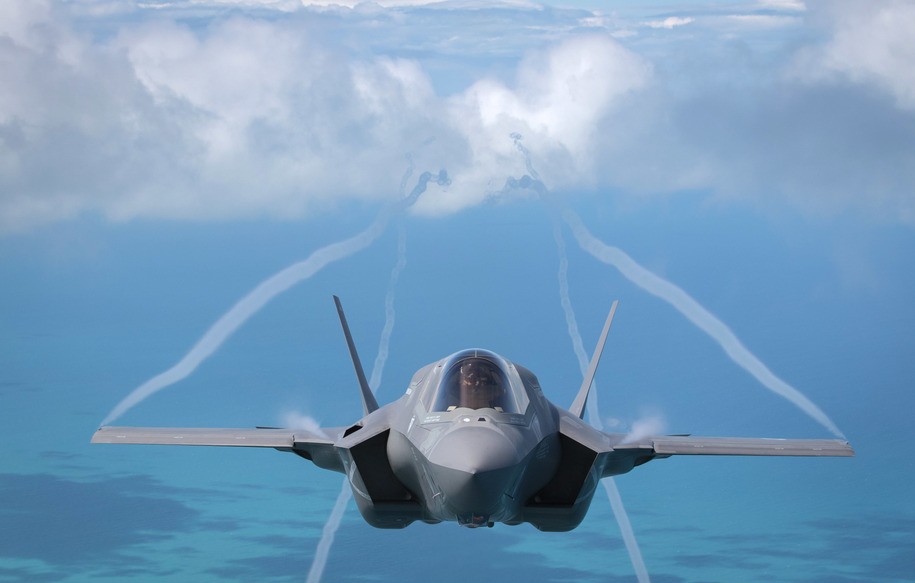 Is it because he’ll really cut the program? Or did someone with Trump’s ear just want to short some stock?

As President-elect and fascist man-pumpkin Donald Trump continues to announce new policy stances via Twitter, it continues to roil anything and everything he mentions.

President-elect Donald Trump took a swipe at Lockheed Martin’s F-35 program Monday morning, saying the cost was “out of control.”Shares of the aerospace company dropped more than 4 percent in early trade. The company’s market value dropped $4 billion after the tweet.

Mind you, the F-35 program is indeed controversial and astonishingly expensive, an accuracy improvement over Trump’s near-identical earlier identical declaration that Boeing was fouling a “$4 billion” contract that doesn’t even exist, but the extent to which self-purported billionaire Donald Trump feels free to send individual major company stocks onto rollercoaster rides according to What He Saw On TV This Morning continues to be bad. (Usual caveat here: The program also continues to have the support of both the military and legislators, and supporters are quick to fire back with defenses of both the costs and the complexity of the mammoth project.)

It’s almost certain that Donald Trump knows less about the F-35 program and its controversies than, say, many regular readers of this very site. It’s also certain that anyone with inside knowledge of which television programs Donald Trump is watching while on his gilded crapper each morning would be able to make an absolute fortune trading on that information—knowing that the soon-to-be-most-powerful man in America is about to send this or that stock into a tailspin could be worth, on any given day to any given Trump friend, many millions of dollars.

Trump’s alarmed new federal employees then responded to their pumpkinfuhrer in the only way he’ll be sure to see: with tweets of their own. Sweet Jeebus, this is how we’re going to be governing now.

I’m not even joking.

#SecDef: F-35s will help U.S. and Israel air forces operate more jointly and more effectively. Together, we will dominate the skies. pic.twitter.com/BnSqrrbe3c

So the short version is that we continue to have no little idea what Donald Trump’s “real” policies are going to turn out to be, we continue to have an extraordinarily good view of Donald Trump’s various tantrums, mood swings, and television watching habits, and the immediate thoughts of whichever of his friends and advisers talked to him in the half-hour beforehand.

There’s no evidence this will be changing after he moves to a less gaudy house.