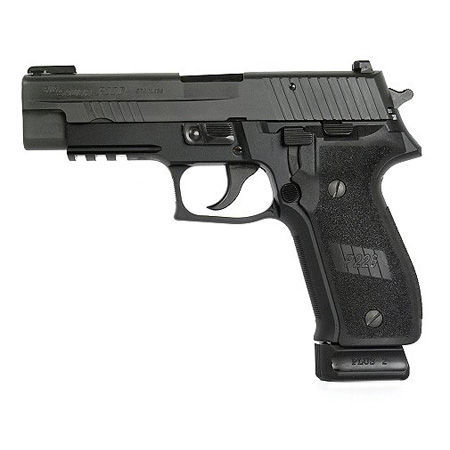 A 56 year-old Allen Park, Michigan man named Michael Kubek is facing felony weapons charges after forcing six children aged 12-14 to lay down while he threatened them with a P938 9 mm handgun, allegedly for vandalizing his “Trump/Pence” yard sign.

A Donald Trump supporter in Michigan pointed a gun at six kids he suspected of destroying a yard sign favoring the Republican presidential candidate.

Allen Park officers found the children, aged 12 to 14, on the grass Saturday with 56-year-old Michael Kubek standing over them “cursing and yelling.” They said a gun had been pointed at them.

Raw Story is reporting that the sign was simply “knocked down.” According to neighbors, the kids were traumatized by the experience.

The kids said they tried to tell Kubek they did not damage his sign, but it only resulted with Kubek telling them to shut up and continue cursing at them. They said Kubek held them at gunpoint while his mother called police. According to police, Kubek’s mother lives on the same block.

When he was questioned by the police Kubek admitted he did not actually see who vandalized his sign, nor could he identify any of the children he had just terrorized with his “Second Amendment” rights as being the ones who actually knocked his sign down.  Kubek had a permit to carry a concealed weapon, but, thankfully, his gun was confiscated upon his arrest.

Kubek claims he felt “threatened” by the kids because he was “outnumbered,” which is interesting since nearly all of the accounts indicate he was chasing the kids with his gun. By the time police arrived, he had returned the  gun back into his house. When the police asked him for the weapon, he displayed the P938 which– at that time– was unloaded.

Kubek is facing seven counts of assault with a deadly weapon.