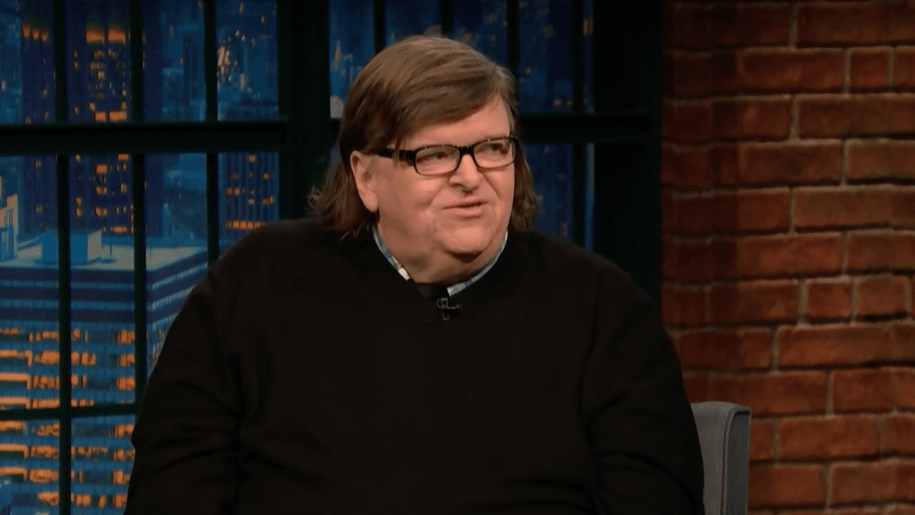 Filmmaker, actor, activist and liberal rabble-rouser Michael Moore made a stunning statement last summer. He predicted Republican presidential nominee Donald Trump would win, even though Democratic nominee Hillary Clinton was way ahead in the polls, outshined him during July’s national conventions and blasted him in debates. Few thought Trump had any chance, but Moore stuck his neck out and stood by his prediction right to the end. Many rolled their eyes and pooh-poohed Moore. But he was right and on December 8, 2016 Moore told Seth Meyers on the Late Show that he couldn’t have wished any more to be wrong. The two discussed the election and aftermath. Then Moore asked if he could make one more prediction regarding the electoral votes. Meyers said go right ahead. Here is that excerpt from the show, followed by the four-minute video of the entire interview.

“The other thing the founding fathers thought about is this, and this was Hamilton’s, one of his genius ideas, was maybe there should be a stop gap — just in case a mad man, somebody who thought he was going to be “king” gets elected, there’s one final door he’s gotta go through. So right now, I don’t — if you don’t mind, I made that prediction this summer, so I’d like to make another one tonight. Get your moan on audience…

Here is the video of Michael Moore making his prediction on Late Night with Seth Meyers:

Oh, to have Michael Moore be right on this one. Of course, many will again roll their eyes. But what if? What if? I get happy feel just thinking about it.