National Park Service employees unveil a banner to celebrate the designation of the Stonewall National Monument. The new monument is located at Christopher Park, a historic community park at the intersection of Christopher Street, West 4th Street and Grove Street, directly across from the Stonewall Inn in Manhattan’s Greenwich Village. Stonewall is the 412th addition to the National Park System, ensuring the site is preserved for visitors for decades to come.  Photo by Tim Bergling, Interior Department. 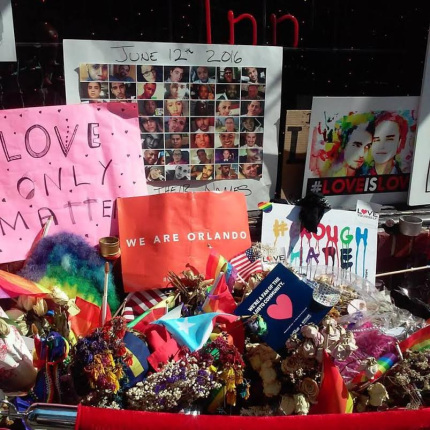 Visitors remember and honor the victims of the 2016 Orlando Pulse nightclub shooting. The shooting claimed the lives of 49 people and was the deadliest incident of violence against LGBT people in U.S. history. “The tragic events in Orlando are a sad and stark reminder that the struggle for civil rights and equality continues — where who we love is respected and honored — on our march toward a more perfect union,” said Secretary Jewell.  Photo by Tim Bergling, Interior Department. 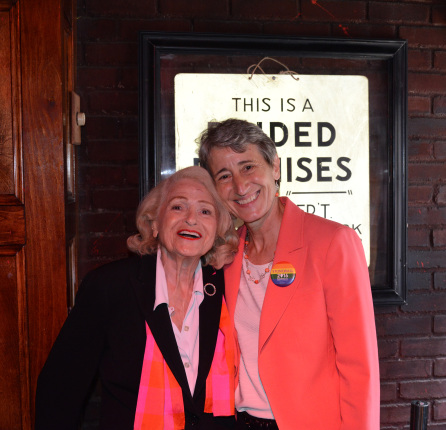 Secretary Jewell and Edie Windsor pose together for a photo in the Stonewall Inn. Windsor was the lead plaintiff in the 2013 Supreme Court case United States v. Windsor, which successfully overturned Section 3 of the Defense of Marriage Act. Windsor is a leading voice in ensuring equal rights for the LGBT community. Here, Windsor is again part of history, celebrating the first national monument to honor LGBT Americans.  Photo by Tami A. Heilman, Interior Department. 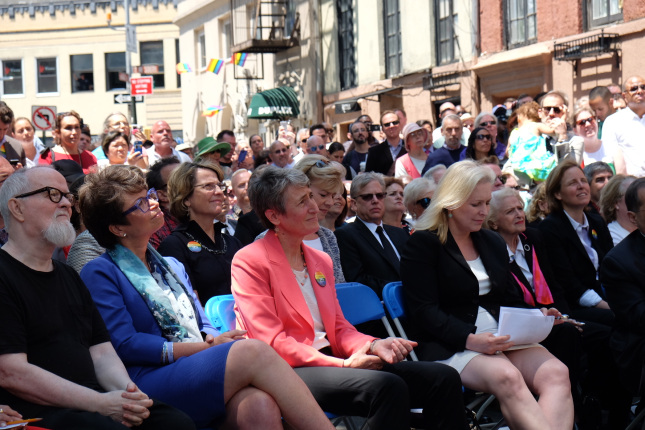 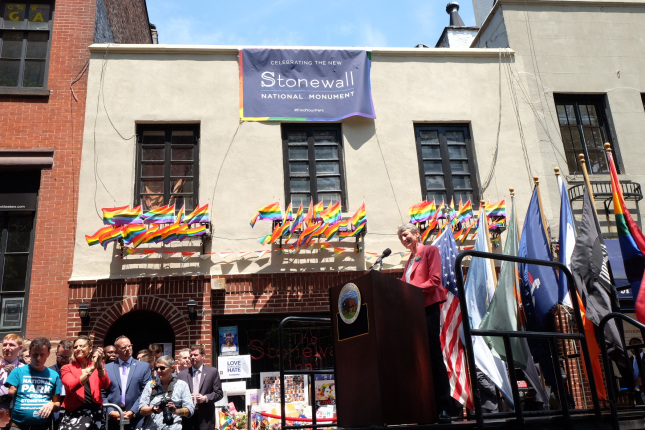 Secretary Jewell speaks about the dedication of Stonewall Inn as a National Monument. “This designation ensures that the story of the courageous individuals who stood up for basic rights for LGBT Americans will be forever told, honoring their sacrifice and inspiring our Nation towards greater tolerance and understanding,” said Secretary Jewell.  Photo by Tami A. Heilman, Interior Department. 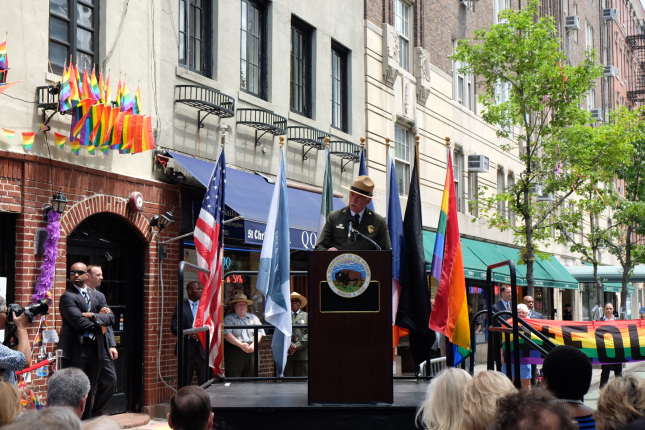 Director of the National Park Service Jonathan Jarvis commemorates Stonewall’s dedication. “The National Park Service is marking its centennial anniversary this year with a renewed commitment to tell a more complete story of our nation, and we are incredibly proud to be entrusted with the responsibility to share the story of LGBT Americans through this historic new national park site at Stonewall National Monument,” said Director Jarvis. Photo by Tami A. Heilman, Interior Department. 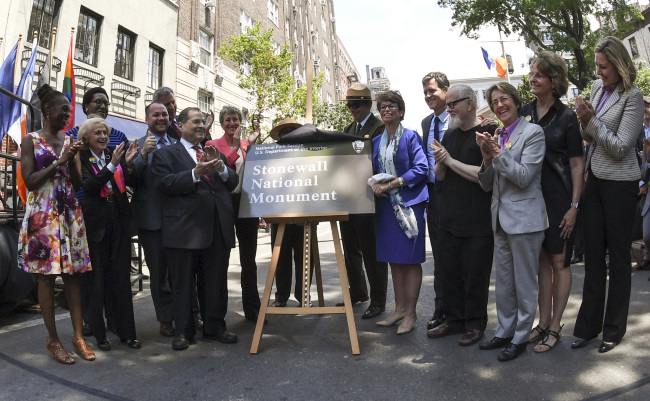 The official sign for the Stonewall National Monument is unveiled in New York City on June 27, 2016. The monument’s boundary encompasses approximately 7.7 acres of land, including Christopher Park, the Stonewall Inn, and the surrounding streets and sidewalks that were the site of the 1969 Stonewall Uprising, an event that inspired the modern LGBT civil rights movement. The monument designation today is the result of a year-long effort led by U.S. Representative Jerrold Nadler and U.S. Senators Kirsten Gillibrand and Charles Schumer, who introduced legislative proposals in Congress to establish a Stonewall National Historic Site as a unit of the National Park System.  Photo by Tami A. Heilman, Interior Department.