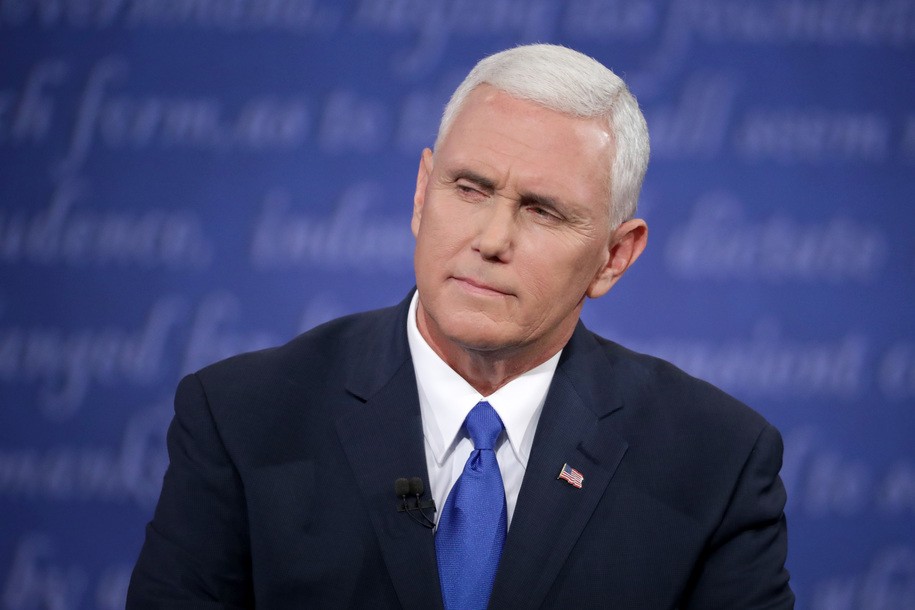 Vice President-elect (gag) Mike Pence is one of the most anti-choice politicians in the entire country. In Congress he led the national effort to defund Planned Parenthood. He even threatened to shut down the federal government. As the Governor of Indiana, he not only signed every abortion bill that came across his desk, he signed the single most extreme bill in the nation, one that required funerary services for miscarried babies:

The law did something truly bizarre. It would have basically forced women to seek funerary services for a fetus — whether she’d had an abortion or a miscarriage, and no matter how far along the pregnancy was.

The law Pence backed would have required all fetal tissue to be cremated or buried, an unprecedented measure in state law. The law also banned abortion if the fetus had a “disability” — which would have denied women the right to end a pregnancy even in case of serious fetal anomalies.

The wording of the burial provision meant that technically, even if a woman had a miscarriage at eight weeks of pregnancy at home, she would have to keep the blood and tissue, take it to a hospital or clinic, and have it buried or cremated by a funeral home. The law would have also dramatically increased the cost of an abortion, since providers would have had to spend time and money on arranging the funerary services.

As women across the country were reeling from the idea that this extremist would be vice president, Bethany Cosentino had a flash of brilliance two days ago and shared her idea on Instagram: 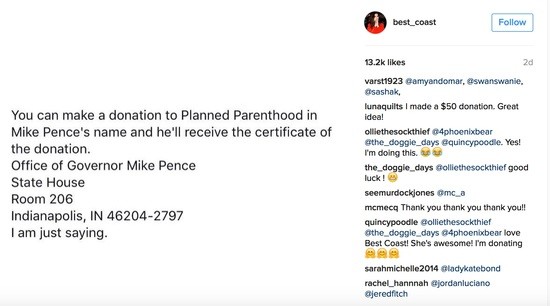 The idea took off and donations to Planned Parenthood are pouring in. A source at Planned Parenthood tells me they’ve received approximately 128,000 donations, including a “significant number” of donations the name of Mike Pence. Sounds like the mailbox of the vice president-elect is going to be stuffed full for foreseeable future.