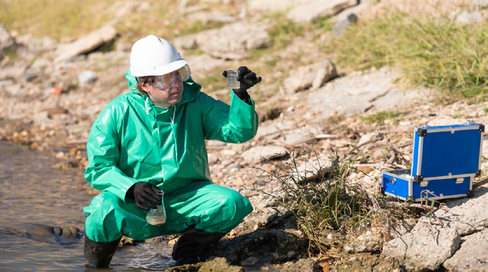 WASHINGTON, DC—(ENEWSPF)–February 2, 2016.  Center for Food Safety (CFS) today filed a formal petition with the U.S. Environmental Protection Agency (EPA) Administrator Gina McCarthy seeking greater protections for the nation’s waters and aquatic life from increasing use of neonicotinoid insecticides. The petition draws from previous CFS research showing widespread water contamination with neonicotinoid insecticides which threatens a range of aquatic invertebrates, including crabs and insects. The pervasive nationwide use of this class of insecticides has been long known to have acute and chronic effects on pollinators, and they are considered a major factor in overall bee population declines. Now they threaten aquatic ecosystems too.

“This petition formally urges EPA to respond to this unrecognized threat to our waters, the toxic effects of which will harm entire food chains and ecosystems. Evidence of extensive and high level neonicotinoid water contamination raises the alarm that we are approaching an ecological crisis – a second Silent Spring,” said Peter T. Jenkins, an attorney at CFS, the petition’s author.

The CFS report that supports the petition, “Water Hazard: Aquatic Contamination by Neonicotinoid Insecticides in the United States,” examined case studies from Maryland, Iowa, and California, each of which is experiencing widespread neonicotinoid contamination exceeding recommended standards as determined by leading experts in aquatic species toxicology. The report also highlights contamination elsewhere, including New York, South Dakota, Texas, and Wisconsin. It describes the key roles of irrigation and field drainage and discusses the growing risks to aquifers, vulnerable wetlands and the valuable wildlife inhabiting those areas, such as migratory birds and sport fish.

The Petition seeks numerous policy changes by EPA to stem the potential crisis, including:

“EPA’s benchmarks for toxicity are far too permissive and fail to consider the long-term impacts that neonicotinoids have on ecosystems, including additive and synergistic effects with other stressors. With strong and growing proof of such extensive contamination, EPA must take a much closer look at the cumulative impacts of these chemicals,” said Larissa Walker, pollinator program director at CFS.

Neonicotinoid products are applied on more than 150 million acres of crop land annually. The runoff from these products flows, both above and below ground, far beyond the agricultural fields, gardens, trees, lawns, and other areas where they are first applied. This leads to unintended effects on non-target species across a vast array of wetlands and water bodies. They are slow to break down, causing them to build up in the environment, particularly water bodies, and endanger a wide range of beneficial species. Peer-reviewed studies from Holland already show that neonicotinoid water contamination correlates significantly with bird population declines and numerous other species are thought be at risk.