By: Michael Bean, Principal Deputy Assistant Secretary for Fish and Wildlife and Parks

Endangered species are often associated with “lasts”– the last individual of a species alive, the last time one was sighted or the last to live in the wild. Over the past year, we’ve seen story after story challenging this narrative and emphasizing the positive aspects of species conservation. It has truly been a year of historic “firsts” for many endangered or threatened species. Scroll down to see five milestones from the past year for some of our most remarkable imperiled species. 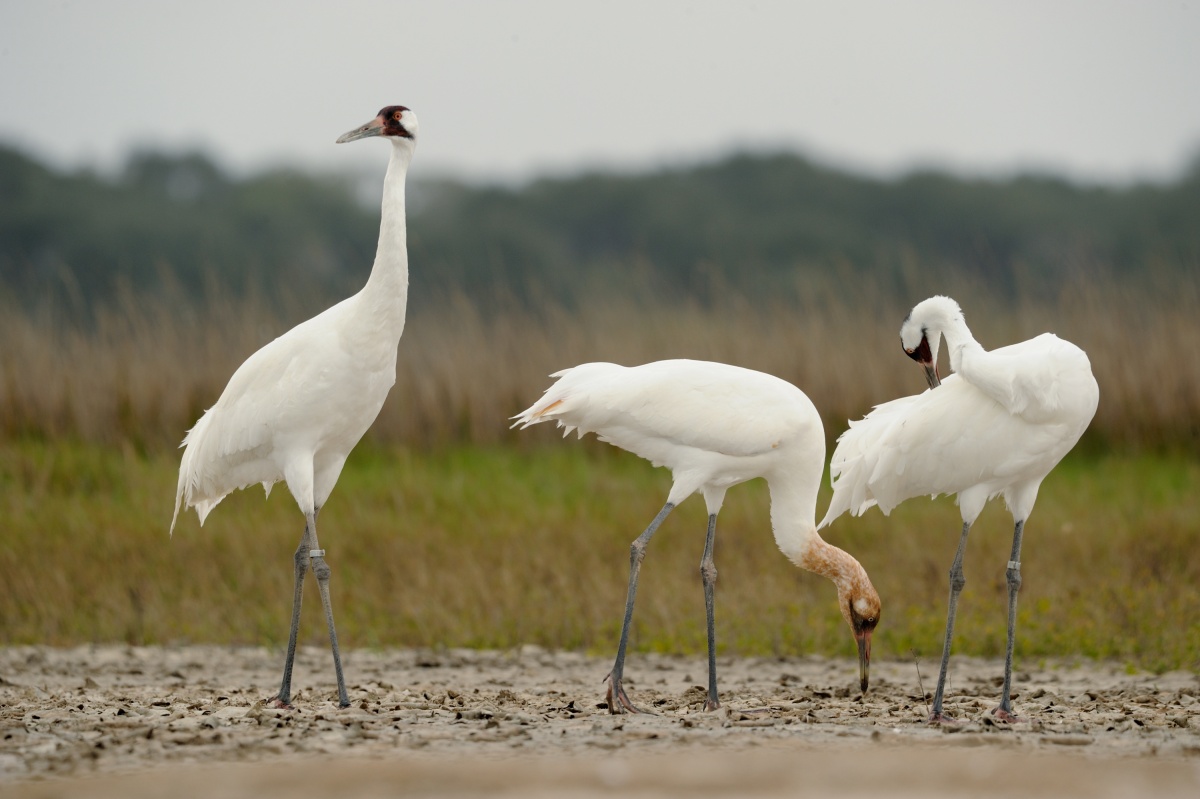 Standing up to five feet tall, whooping cranes are the tallest bird in North America. Whooping cranes had the unfortunate honor of being on the first list of endangered species in 1967. In April of this year, Louisiana biologists celebrated the hatching of a whooping crane chick. The birth marked the first time that a wild whooping crane hatched in the state since 1939!

Considering there were just 15 whoopers in the world when recovery efforts began in the 1940s, a wild-hatched chick is quite significant. Now the total wild whooping crane population is over 440. The new chick joins a population reintroduced to Louisiana in 2011. As of August, it has fledged and begun to take short flights with its parents. 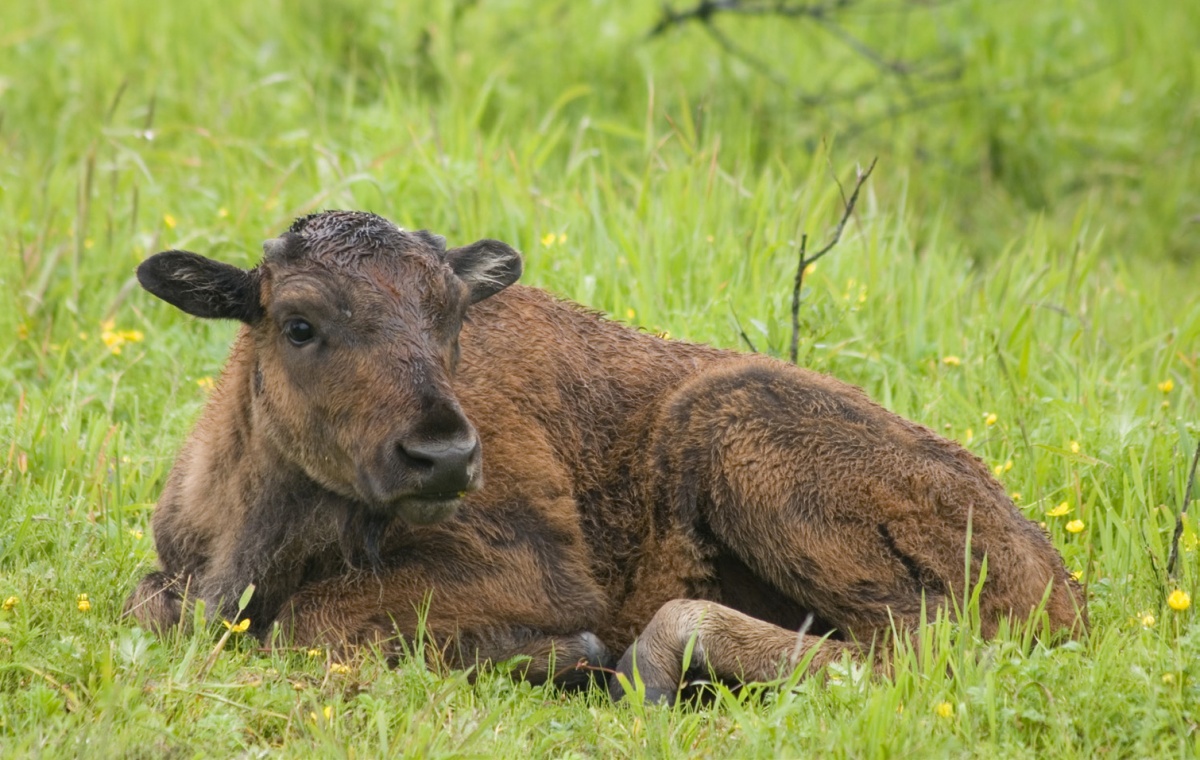 Far away from the wetlands of Louisiana, another historic birth occurred in the wilds of Alaska this year. For the first time in 100 years, a wood bison calf was born in the wild there. At six feet tall, this species stands only slightly taller than a whooping crane. Wood bison are a subspecies of the American bison. At over 2,000 pounds, they are the largest land mammal in North America. Wood bison were released into the wild in Alaska in 2015. 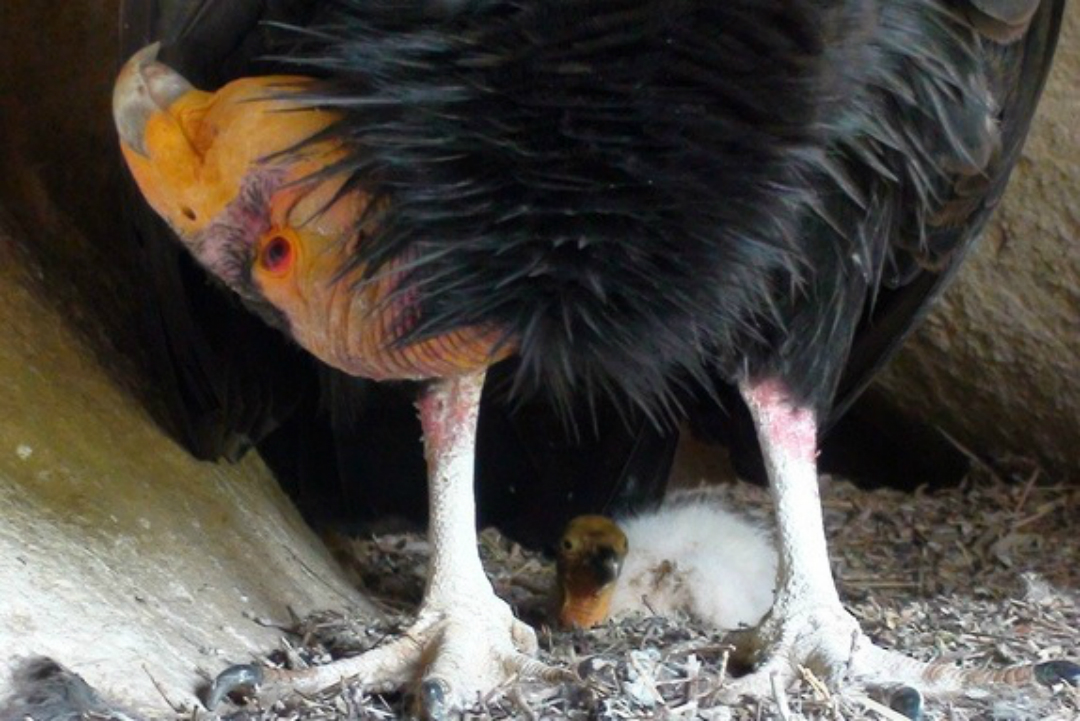 Another historic birth in 2016 came from Pinnacles National Park in California. A wild California condor was born and fledged in Pinnacles for the first time since the 1890s. Like whooping cranes, California condors were on the first endangered species list in 1967 and have substantial conservation programs.

The chick fledged at Pinnacles was just one of a larger group of condors born in the wild this year. More California condors fledged in the wild than died in the wild for the first time in 50 years. We even got to see one hatch live on camera. This means our wild condor population is growing, an important step towards recovery. This year gave condors one final first, the California population of wild condors reached 150 birds — the numerical recovery goal for the population. While many factors are considered when gauging the recovery of an endangered species, crossing numerical population thresholds is a fundamental milestone. 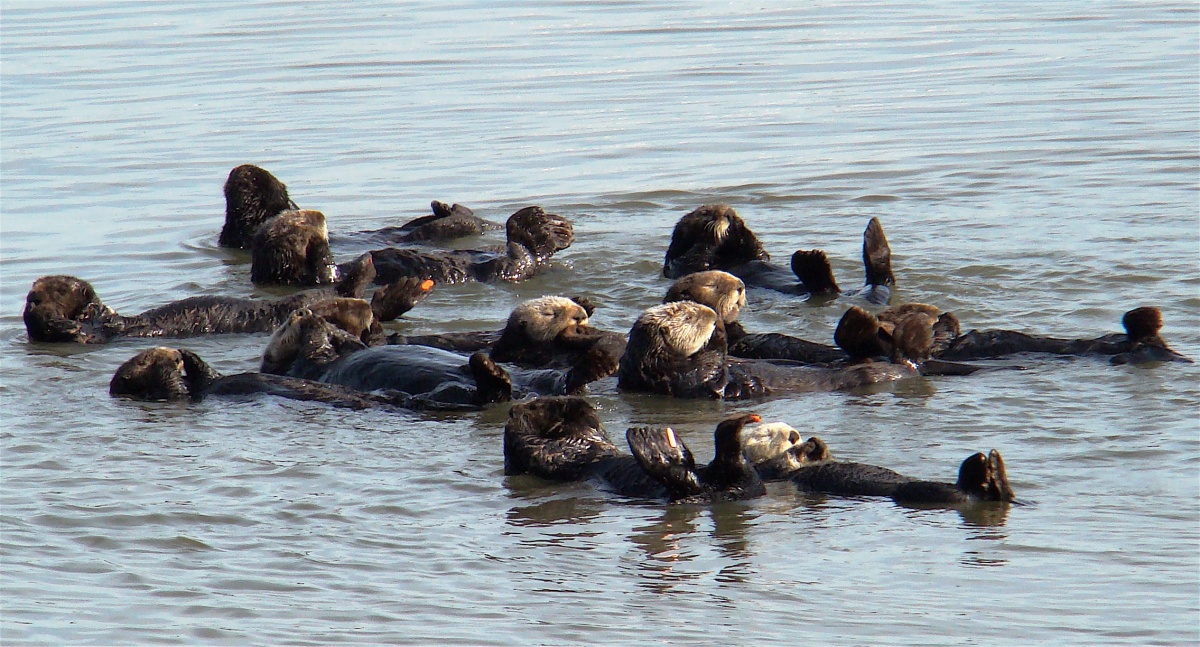 The next milestone takes us from the rocky terrain of Pinnacles National Park to the waters off central California. There in the kelp forests and coastal waters, California sea otters are growing in numbers. Biologists’ census numbers indicate that California sea otters crossed the numerical threshold for their delisting for the first time this year, meaning the number of otters is higher than the minimum that biologists believe is necessary to maintain a stable population. The otter population also reached its highest size since we began keeping track over 30 years ago. If otter numbers remain above the threshold of 3,090 for three consecutive years, they can be considered for removal from the endangered species list. 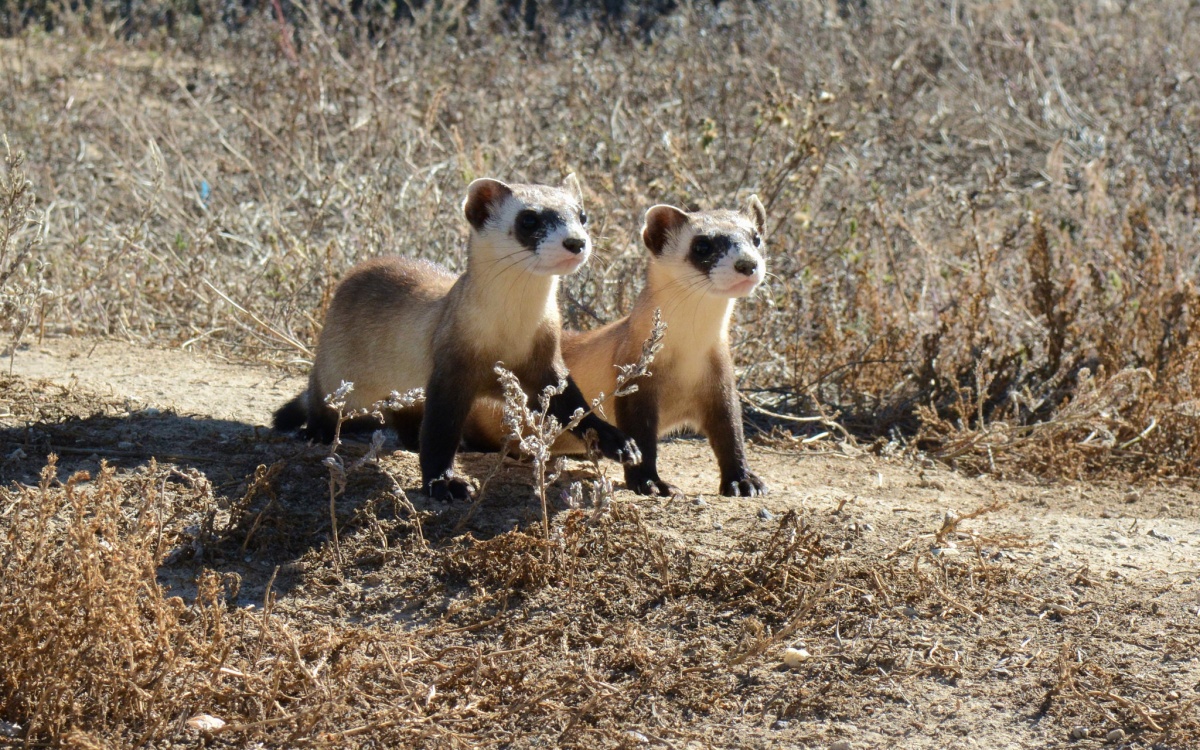 Black-footed ferrets in the wild at the National Black-footed Ferret Conservation Center in Colorado. Photo by Ryan Moehring, U.S. Fish and Wildlife Service.

The last historic milestones on the list involve species returning home to locations from where they have long been absent. Black-footed ferrets were reintroduced to the last place where they were found, the Hogg family ranch in Meeteetse, Wyoming in July 2016. Black-footed ferrets were thought to be extinct when the population on the ranch was discovered in 1981 by, of all things, Shep the family dog. Now, 35 years later, the ferrets have returned to the last place they called home. Shep’s not around anymore to see this triumphant homecoming, but the rest of us can celebrate this Endangered Species Act milestone.

In Virginia, yellowfin madtom were released into the North Fork of Holston River. These small catfish were gone from there for 128 years. Across the country in Wyoming, two other significant releases took place with animals that have been considered the rarest of their kind. The USFWS released over 900 adult Wyoming toads to three locations in the state, the first mass release of adult toads threatened by chytrid fungus. 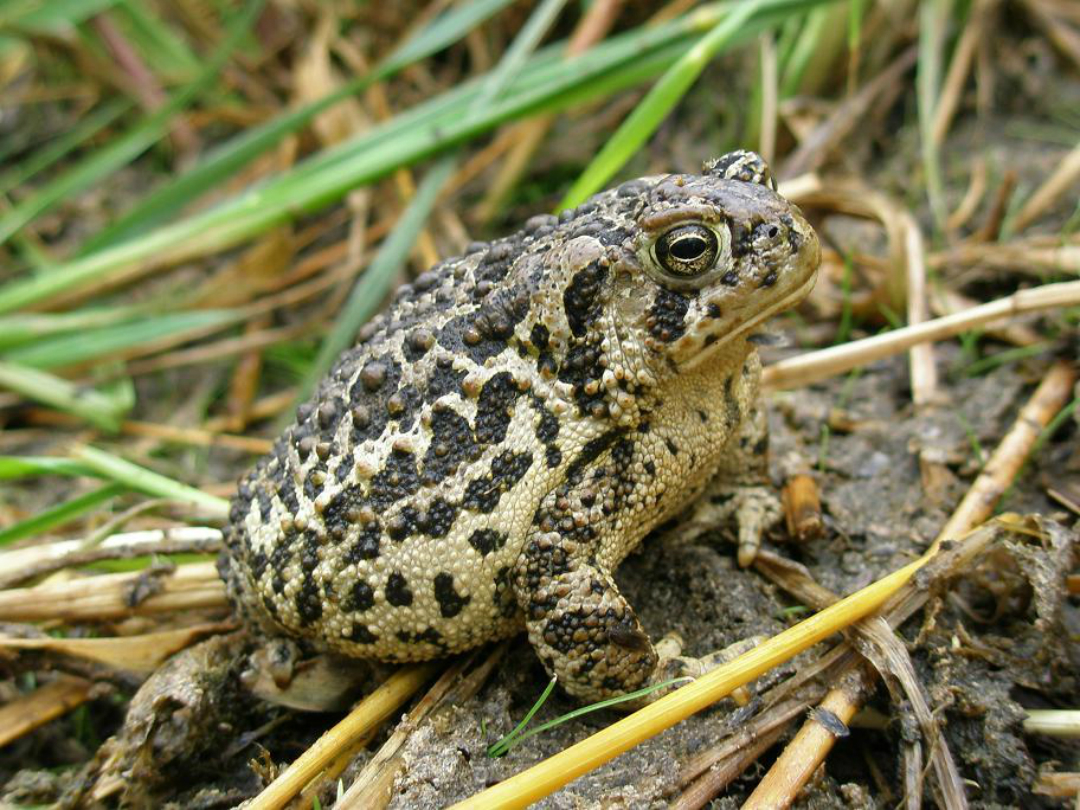 Each of these examples reminds us that delisting of species is not the only success story that can be told. Although all of these animals have been threatened or endangered for a long time, and are still listed, the milestones featured here show progress that is too important to be overlooked. And it’s because of extraordinary conservation measures over decades that have helped make these milestones possible.

The future of these species and all others protected by the Endangered Species Act is a challenge we have to face together. To find out more about endangered species in your area and how you can help, go to www.fws.gov/endangered.