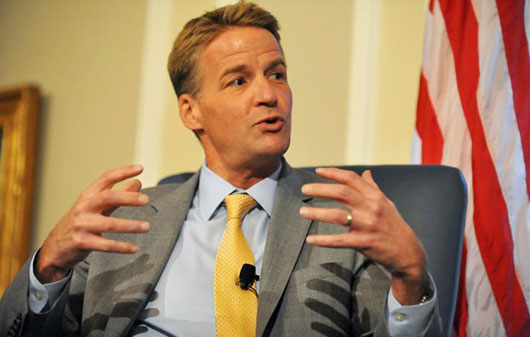 As part of the monitoring effort, the Office will operate a telephone hotline for candidates or the public to report complaints related to the voting process.  Assistant U.S. Attorneys and other Office personnel will monitor the hotline and be available to respond to complaints as needed.

“A citizen who is entitled to vote should in no way be prevented from doing so,” said Mr. Fardon. “Our Office will act promptly and aggressively to protect the integrity of the election process.”

The Department of Justice has an important role in deterring election fraud and discrimination at the polls, and combating these violations wherever they occur.   The Department’s longstanding Election Day Program furthers these goals, and also seeks to ensure public confidence in the voting process.

In addition, the Federal Bureau of Investigation will have special agents available in each field office throughout the country to receive allegations of election fraud and other election abuses on Election Day.  The Chicago FBI Field Office can be reached by phone at (312) 421-6700.

Federal law protects against such crimes as intimidating or bribing voters, buying and selling votes, impersonating voters, altering vote tallies, stuffing ballot boxes, and marking ballots for voters against their wishes or without their input.  It also contains special protections for the rights of voters, and provides that they can vote free from acts that intimidate or harass them.  For example, actions of persons designed to interrupt or intimidate voters at polling places by questioning or challenging them, or by photographing or videotaping them, under the pretext that these are actions to uncover illegal voting may violate federal voting rights law.  Further, federal law protects the right of voters to mark their own ballot or to be assisted by a person of their choice.  Violations of federal voting rights statutes carry penalties ranging from one to ten years in prison and fines of up to $250,000.

Complaints about possible violations of the federal voting rights laws can also be made directly to the Voting Section of the Justice Department’s Civil Rights Division in Washington, D.C., by phone at (800) 253-3931 or (202) 307-2767, by email at [email protected], or by complaint form at http://www.justice.gov/crt/complaint/votintake/index.php.

For information as to the location and hours of polling locations, Illinois residents are advised to contact the Illinois State Board of Elections by logging on to www.elections.il.gov or by calling (312) 814-6440.