Dan Rather: 'To Call Trump a Con Man is a Disservice to the Art of the Con'—Hillary was Prepared - eNews Park Forest
News Ticker 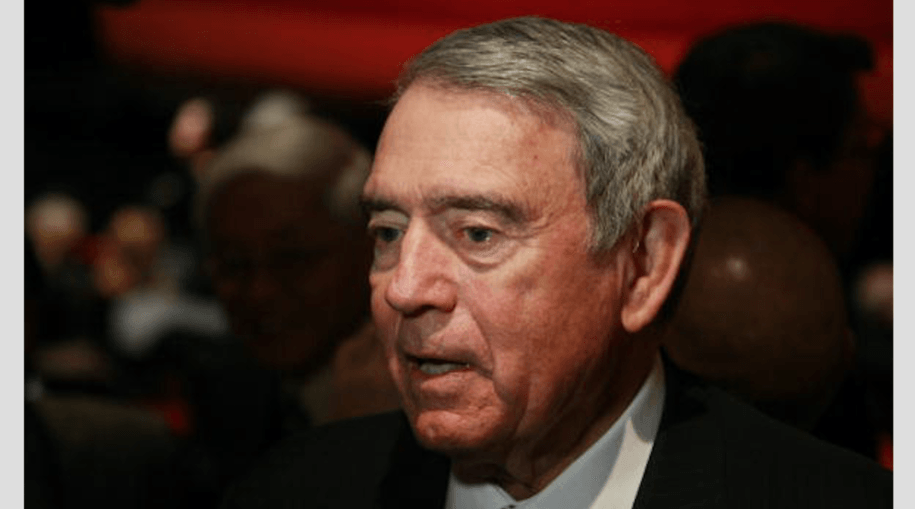 The world renown, award-winning and respected journalist Dan Rather just posted his thoughts about the first 2016 Presidential Debate between Democratic presidential nominee Hillary Rodham Clinton and Republican presidential nominee Donald J. Trump. As with previous Facebook posts this year, Rather held nothing back Monday night, post debate, in his assessment of Trump. And after decades of covering politics, Rather praised former Secretary of State Hillary Clinton on how well  the first female presidential nominee handled the debate—and handled Donald Trump.

Ladies and gentlemen, whatever civility once existed in our politics is tonight officially dead. Never in the history of televised debates have we witnessed such a show. And that’s what the Donald wanted. A show. He got it, but will he be seen as the hero or the villain?

If you are a fan of Hillary Clinton, I suspect you are thrilled with her poised and confident performance. Perhaps her crowning line was “I prepared for this debate and I’m prepared to be President”. If you are a fan of Donald Trump, his quarrelsome, no-holds-barred approach, often facts be damned, will likely in turn have thrilled you. The question is what does everybody else watching think and how many impressionable voters remain?

Taking a snapshot of the debate stage this evening, two candidates behind podiums, each representing one of the major political parties, it would seem to be the latest chapter in our quadrennial dance with democracy. But experiencing the event, in sound and motion, it was of course anything but.

From the very beginning, the body language tonight was striking. Hillary Clinton, the first woman ever to be on this stage was calm and substantive. Donald Trump interrupted often and slouched and sneered as he turned to address her. This is what Trump’s fans like about him, playing the alpha male at all costs. Clinton seemed completely unflustered, which is what her fans love about her. How this all plays to the majority of viewers and voters at home will be in the eyes of the beholder.

But I was surprised by how much this man who has made so much of the means of television spent not looking into the camera, but preoccupied with his adversary. Trump came across as amped, a pacing tiger ready to pounce on every answer. His Interruptions suggests little regard to the rules. He’s itching for a fight…Wants to swing wildly.

At one point early in the debate Clinton, after multiple factually questionable assertions by Trump said, “I have a feeling by the end of this debate I’ll be blamed for everything,” Clinton said. Trump replied, “Why not?” That about summed it up.

Clinton clearly wanted to get under Trump’s skin. She attacked him for getting a hefty amount of money from his dad, challenging the narrative that he was a self-made man. And then attacking his business practices. The headline she was aiming for is Donald the Deadbeat. And then on the issue of Trump’s unreleased tax returns, when Clinton says that was because he may not have paid any taxes, Trump responded, “that makes me smart.” Expect to hear more about this.

Clinton was clearly the policy expert, nimbly jumping from topic to topic, policy to policy. But she was also much more able to paint a big picture than I have seen in times past. I thought she was particularly effective on the issue of race and especially the birther lie against President Obama. She had the facts on her side, but also it was an effective appeal to fire up her base.

In the end, more than all of the specifics, I was struck by how unprecedented was the overall tenor – matching that of the campaign. We once held certain truths to be “self-evident” – that “all men are created equal” and “they are endowed by their Creator with certain unalienable Rights, that among these are Life, Liberty and the pursuit of Happiness.” These were the lofty ideals that served as a rallying cry for the founders of these United States to choose liberty over tyranny. The man who wrote these words, Thomas Jefferson, and his compatriots were imperfect and in some cases deeply flawed men. Yet their idealism fixed a North Star in our democratic firmament that has guided our ship of state ever since, with some very noted moral detours. Now I fear that the tide of progress is rapidly receding with the fierce undertow of a looming tsunami.

Our Founders believed in reason and the power of intellect. Donald Trump made clear tonight by his wilful ignorance of important issues that he does not. Our founders feared the accumulation of power, they loathed vanity, and tried to build in protections against the demagogues who would appeal to mankind’s basest instincts. Donald Trump relishes in all of these impulses. For him they are instinctual and a prescription for success.

To call Trump a con man, as many have, is a disservice to the art of the con. By its definition a con requires deceit. But Trump has not tried to hide his lies or the sheer unrealistic audacity of his cartoonish policy positions. He has asked the American people to bet on him. The fact checkers will certainly weigh in. The pundits will have their say. But the voters have all the information they need. The judgement is in their – or more accurately our – hands.

God knows I love and admire this man and hope he continues to share his thoughts with us for a very, very long time.

Dan Rather pens fierce assessment of Trump’s speech: ‘It was red meat for the crowd’