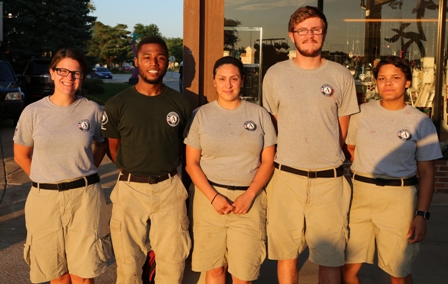 The group plans to closeout their 10-week stay with a large-scale volunteer drive, slated for the last weekend in August, aimed at introducing residents to scores of area organizations in need of residents willing to serve.

Drawn from the successful models of the Civilian Conservation Corps of the 1930s and the U.S. military, AmeriCorps NCCC is built on the belief that civic responsibility is an inherent duty of all citizens and that national service programs work effectively with local communities to address pressing needs.