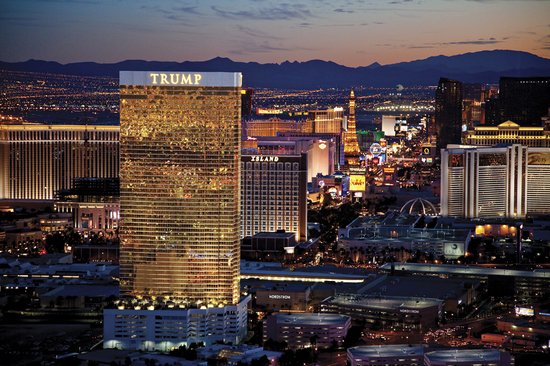 Don’t let the glitzy Trump Hotel facades fool you– as the housekeeping employee explains, Trump has no respect for the hardworking people who clean his hotel and help him build his business every single day. Housekeepers at Trump Hotel in Las Vegas make three dollars less per hour than employees in other hotels in the city, which should come as no surprise since Trump said that wages are too high in our country.

“No es de oro” encourages Latinos across Nevada and Ohio to register to vote and stand up to Trump’s bigotry this November.  The ad builds on the campaign’s advertising efforts to reach Latino voters through Spanish, English and bilingual communications.

VO: Trump Hotel in Las Vegas has marble floors, crystal chandaliers, and expensive art on the walls. But those who work for Donald Trump will tell you, everything that glitters isn’t gold. Carmen works in housekeeping at Trump Hotel…

WORKER: He treats us like we’re second-class workers. He has no respect for us.

We’re the people who come here every day to clean his building, prepare the rooms, so he can be successful.

VO: Trump has said that wages are too high and the truth is employees like Carmen at Trump Hotel make three dollars less an hour than employees in other hotels in the same city. This is our country and it’s our duty to vote.

HRC: I’m Hillary Clinton, candidate for President, and I approve this message.

VO: Paid for by Hillary for America.