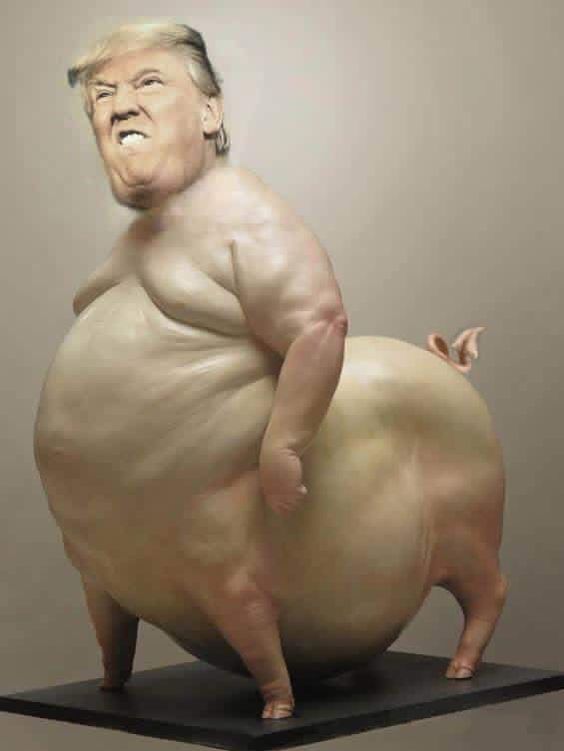 My name is Scott Walker, I am a 52 year-old gay white man. I am not highly educated, and although I did graduate from high school, I never attended college. I was born in San Francisco, California, and grew up in San Diego. At the age of 12 my mother and her husband decided to move back to Arkansas as this is where my mother was from. We moved to a small town, population of 179.

I was not a very happy kid growing up as I knew I was different from everybody else. I was surrounded by redneck, racist, Southern Baptists. In order for me to survive, I became like them.

My home life was no better than my school life. At home I had 3 siblings and we lived in fear of my stepfather. He was a horrible human being — one of his idols was Hitler. Bob was an equal opportunity hater, he made derogatory comments about anyone and everyone. It seemed that the N — word was his favorite, so I learned it was okay to call people the thing that he identified them with. At school I was made fun of, I was called mama’s boy, sissy, and pizza face. In order to divert attention away from me I would join in and make fun of others, calling them whatever was easily identifiable such as the N — word. I learned to hate people that were different than me. What I really learned was to fear things that I didn’t understand. Every thought that I had until the time I cam out had been put there by others.

I always knew that somehow deep down I was not really like these people. When I turned 18, I loaded my dog and all my belongings in my car and drove back to the bay area — and I took my belief system that I had developed in the Bible Belt with me.

Because I was anti-everything I was scared to death of everything. I couldn’t be gay because I learned that gay people were supposedly disgusting perverted, sinners out molesting children in the park on Sundays. I thought being gay was a choice, so therefore I had to make the right choice. I chose to get married to the woman of my dreams, which ended in divorce when I met and fell in love with a man. When the AIDS epidemic began, I used to go around telling anyone who would listen that AIDS is God’s punishment to “fags,” and we should ship them off to an island somewhere and let them all die from it. I was very strong in my convictions. It wasn’t until I came out that I began thinking for myself. I was forced into a situation where in order to survive again I had to change my whole belief system.

Once I moved back to California, even before coming out, I was surrounded by people that were much different than the people I had been surrounded by in Arkansas. They were much more liberal in their way of thinking which helped me to begin growing. I started work in a furniture store that was owned by a Jewish woman. This was the first time I had met a Jewish person as far as I knew. I was unaware that we were supposed to hate them too. The furniture store was located in a mall; one day I was on my way to Montgomery Ward when I spotted an interracial couple. I stopped dead in my tracks, then ran back to the store to point out to my co-workers that there was a “N-lover” walking thru the mall. I remember saying “look at that, look st that” as if they were so disgusting. My co-workers just shook their heads at me in disbelief. I couldn’t understand how they were not upset or disgusted by this.

Because my formative years were spent in the South, the Bible Belt, I learned to be like the people I now see for how they truly are. These are people who have no interest in breaking free from their learned behavior. When you’re in it you can’t see it. That is why this way of thinking is so dangerous, they actually believe they’re right and justified in thinking they’re superior to other people. I have spent the last 24 years running from my background.

My life is a 180-degrees from how I started out. The reason I feel it is important to tell this story is because if not for being gay and coming out I could have easily been a Trump supporter. I would like for people to hear that I was blinded by the people I was surrounded by simply because of demographics. I have spent most of my life on the West Coast — in the Bay Area, Seattle, San Diego. I have been living in Atlanta now for the last 10 years and hate it. Coming here was like taking a step back 30 years. It is much like what I experienced in high school. Racism is alive and well in the South. When I first arrived in Atlanta my partner Eric and I met a guy we clicked with so we started hanging out with him. It didn’t take long for us to figure out that he was racist. He made a racist comment and when I called him on it he said, “oh, you just wait until you’ve lived here awhile,” as if this was completely justified. We no longer hang out with this person. We have encountered this too many times and I refuse to become the person I was before.

I have gained confidence that cannot be broken. I just want to tell people that I have grown and evolved and they can too. I have broken free from the Southern way. I now look at things from a very different perspective. I have learned to educate myself, and to look at the facts rather than follow others blindly. I had a friend ask me recently if she were to vote for Donald Trump, would I hate her? This was a question I had to ponder for awhile before I could tell her that I would not hate her. I then said the real question is “if you vote for Donald Trump does that mean you hate me”?