Garrison Keillor: 'He Will Never Be My President'—Here's Why - eNews Park Forest
News Ticker 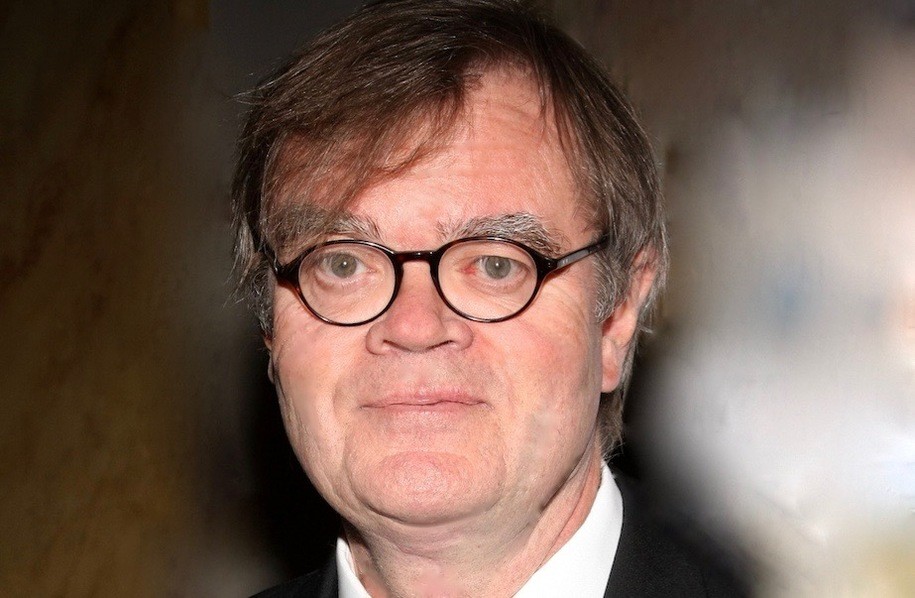 Entertainer, author and beloved NPR radio personality Garrison Keillor has had plenty to say about Donald Trump during and after Election Day. On November 10, an article about Keillor’s Washington Post op-ed went viral. Keillor wrote — with disgust:

“Raw ego and proud illiteracy have won out, and a severely learning-disabled man with a real character problem will be president.”

“‘Alas for the Trump voters, the disasters he will bring on this country will fall more heavily on them than anyone else. The uneducated white males who elected him are the vulnerable ones, and they will not like what happens next.”

One week later Keillor penned an op-ed in the Stamford Advocate. He begins snidely suggesting Trump should get a new hairdo rather than continuing to look like a “hotel lounge pianist in 1959.” Keillor says a makeover would take about 15 minutes max. And while they’re at it, get a speech therapist “to smooth out the Tony Soprano accent and give him a presidential voice like Nixon’s or Reagan’s and cut out those irritating repetitions for emphasis.” Keillor mocks, “Do you know what I mean? Am I right? Am I right? You know I’m right. You better believe I’m right.”

As many are finding, you can joke about Trump just so far because in essence, there is nothing funny about America’s incoming presidential situation. And so, Keillor writes what so many Americans feel:

“He will never be my president because he doesn’t read books, can’t write more than a sentence or two at a time, has no strong loyalties beyond himself, is more insular than any New Yorker I ever knew, and because I don’t see anything admirable or honorable about him. This sets him apart from other politicians. The disaffected white blue-collar workers elected a Fifth Avenue tycoon to rescue them from the elitists — fine, I get that — but they could’ve chosen a better tycoon. One who served in the military or attends church or reads history, loves opera, sails a boat — something — anything — raises llamas, plays the oboe, runs a 5K race now and then, has close friends from childhood. I look at him and there’s nothing there.”

But politics is not everything, says Keillor. “Life goes on.” In that classic Garrison Keillor style, he goes on to write about the simple things in life like buying and changing bulbs with his wife, adding, “I voted for Hillary, so I’m an elitist, but still. We use regular old G.E. light bulbs.”

Garrison Keillor: Trump voters will see his disasters fall on them—more than anyone else

Sister demonstrations were held in London, Munich, Paris, Hamburg, Tokyo, and others cities around the READ MORE