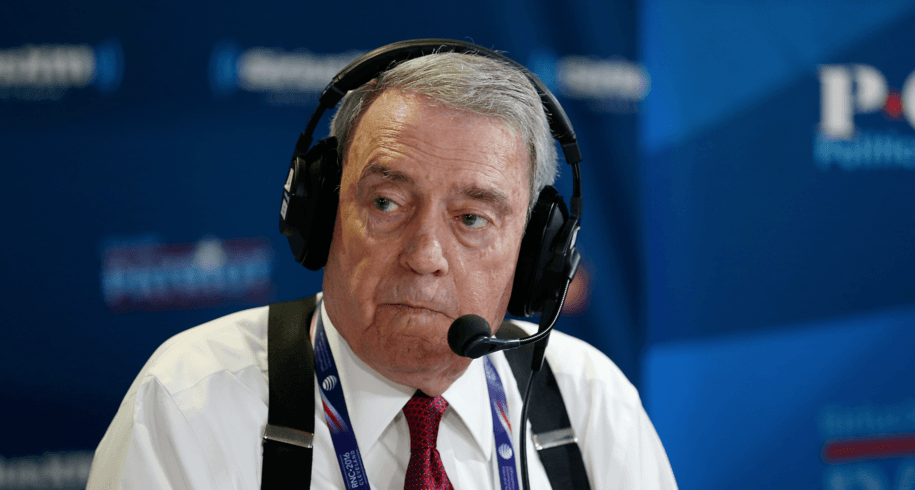 Legendary American journalist Dan Rather posted a powerful opinion on his Facebook page today about the speech Republican presidential nominee Donald Trump made on Wednesday. Rather’s words are like a wake-up call with a hard punch in the stomach. I started bolding some of the text that stood out, but found myself wanting to bold more and more. Almost every line included in the piece is like a meme that sounds off truth and at the same time is haunting. In the end, I opted to remove all the bold in order not distract from Rather’s talent. He ventures into so many important elements of  Trump and is speech. It just needs to be read—in full—as is.

“Um. Wow. If anybody thought that Donald Trump would deliver a moderated speech on immigration, that ended pretty much in the first moments he walked onto the stage in Phoenix. He claimed it would be a detailed policy address, and yet from the start his tone was a seething, angry attack on what he described as a world of dangerous murderers and rapists who seem to be roaming “sanctuary cities.” Focusing on a few isolated and already well-documented tragedies, he painted the entire undocumented world with the casual brush of violence. This approach was punctuated by family members of those who have died paraded at the end. The crowd – nearly all white from the looks of the cutaway shots – ate it up with a hostility that seems in keeping with those who have flocked to Trump’s angry march through this campaign season. There was of course no mention of the de facto integration of millions immigrants already entwined in the fabric of our daily lives and economy.

I expected a law and order theme, but not this level of searing rhetoric. Of course, I shouldn’t have been surprised. Trump feeds off his crowds and they were giving it right back. It was ultimate in the “Us vs. Them” mentality. Real Americans vs. others. I frankly saw echoes of the George Wallace speeches from the 1968 campaign.

The applause lines seemed like ready red meat for this crowd and I am sure for those who regularly watch Fox News. They were names and anecdotes that frankly will be unknown to most Americans. That’s because Donald Trump’s America does not comport with what many voters see in their own lives. It was an attack on “thugs” and those on “welfare”. I suppose there was a structure to this speech. He would say “and 3”, “and 4” as if it were a detailed list of proposals, but any sense of order was swamped by a tsunami of rhetoric and tone.

Going in there was a question, after a confusing and contradictory trip to Mexico earlier in the day, about the status of Trump’s wall. Trump said he would, without equivocation, “Build the Wall.” The crowd again went wild. And of course Mexico will pay for the wall – “100 percent. They don’t know it yet.” But by that point, even this news item seemed like an afterthought consumed by the overall tone.

Of course along the way he slammed Climate Change – just because, suggested that Hillary Clinton could be deported, and told African Americans they should vote for him because “what do they have to lose?”

But any details are beside the point. With a raspy roar, leaning over the podium, Trump delivered his message with glee – This is our country and we are being overwhelmed by hordes not fit to be in our country. He suggested that “These People” are well known to law enforcement and could be rounded up with ease. It was a line that seemed more in keeping with the culture of the old East Germany than the United States. “We have got to have a county folks” he summed it up. “Under a Trump Administration it’s called America first!”

You could try to fact check this speech, but that is a fool’s errand. Trump and Clinton are not running for the president of the same country. The one who wins will be the one whose vision of America most conforms with reality.

Make no mistake, this was a toxic mix of jingoism, nativism, and chauvinism. Many of you would like to think, not in America, not in our country could this type of rhetoric gain currency. But in other countries, and in other times in history, we have seen the impossible become possible to horrific effect. Trump is betting his political future on this idea – that there is a deep, tribal, and dark sea of the molten lava of hate and aggrievement. This volcano from below appeals to dangerous instincts- can it yield a path to the presidency and power?

How do you think this speech will play?”