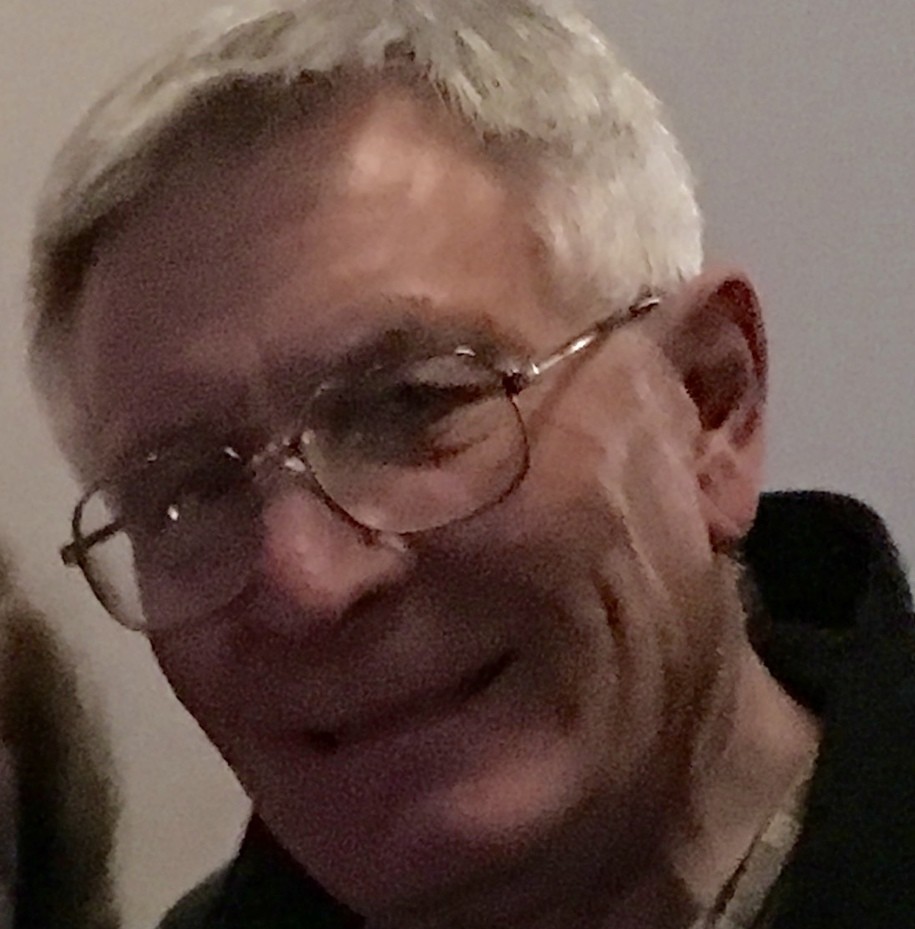 Dr. Warren Hern of Boulder Abortion Clinic has written a stinging rebuke of a document request he received from Congress that was revealed in my Diary last week.

One week ago I received a chilling letter from Representative Marsha Blackburn (R-Tenn.), the most ferociously anti-abortion member of Congress, who chairs the Select Investigative Panel on Infant Lives.

The letter demanded that I submit a wide variety of documents, including patient medical records in cases of gestations greater than 22 weeks. I have until Nov. 21 to comply.

The panel is looking for evidence that I am selling “baby body parts.” It has the power of subpoena and can cite me for contempt of Congress if I don’t comply by the deadline.

It is frightening. It is a witch hunt.

I am a physician helping patients, and I am being treated like a criminal.

At his request, I’m reprinting his response. It’s long, but well worth the read. Dr. Hern should get support from all of us, as he is one of only a few doctors in the country left who do late abortions (Mercy Abortions) after the assassination of Dr. George Tiller in 2009.

DIPLOMATE, AMERICAN BOARD OF PREVENTIVE MEDICINE

This is in response to your letter of November 2, 2016 addressed to “Warren Hern.”   That is me, but to you, I am “Warren M. Hern, M.D., M.P.H., Ph.D.”   Your decision to deny my professional identity as a physician at the very beginning of your letter displays your intention to denigrate and to disparage my legitimate status as a medical professional in order to further your partisan goals in the matter addressed by your letter.

During the past century, we have had tragic experience with the tactics of totalitarian governments that begin their assertion of discriminatory power by first denying the legitimate identity and status of individuals for political purposes.  Your intentional omission of my professional and academic credentials has an ominous echo in the past.  Either that, or it just displays your ignorance and lack of basic courtesy.   I think it is all of the above.

In the first paragraph of your letter, you refer to “second and third trimester abortionists.”   What is a “second and third trimester abortionist?”  Please define these terms for me.  Why do you address such a letter to me?   I am a physician.   Throughout my professional life as a physician, I have devoted myself to treating and to helping women not only in the United States but throughout the Western hemisphere, often without compensation.

The term “abortionist” is a vicious, despicable, anti-abortion propaganda term intended to slander the person to whom it is applied.  Your use of this grotesque term clearly displays your sectarian and punitive purposes, which are the opposite of any attempt to find truth, but rather to punish those you don’t understand.    Your clear and unabashed purpose is to obstruct women seeking abortions, to control their lives, and to crush physicians who help them.   You are using the coercive power of the State to impose your own religious and partisan beliefs upon those who do not share them.   This is the antithesis of American society and constitutional democracy.  We fought the American Revolution to rid ourselves of this oppressive, pestilential and authoritarian practice.  Did you know that?   Look it up.

The premises of your demands of records from me are:

a)    I am trafficking in fetal tissue and that I have contracts for this. b)    Babies are born alive at my office.
c)    That I sell fetal parts for money.   d)    That I have committed crimes in my activities helping my patients,

and e)    The confidential medical records of my patients are public records available for your obsessive prurient review.

All of these outrageous and preposterous assumptions are patently false.

Nothing that happens in my office is relevant to your “investigation,” a term which, in this context, is simply a euphemism for “persecution.”

There have been legitimate requests for fetal tissue from my patients by law enforcement authorities, who are seeking to prosecute individuals who committed crimes against those patients such as rape, incest, or child sexual abuse.  We comply readily with these requests as a matter of social justice, professional courtesy and legal necessity.   There is no charge for this service, performance of which I consider to be in the public interest.

From time to time a patient terminating a pregnancy in my office for reasons of catastrophic fetal abnormality requests that we send fetal tissue to a specialized laboratory for study to determine accurately the cause of the fetal abnormality.   On these occasions, we receive no money from anyone in filling these requests.  To the contrary, there are costs that we personally absorb.

Fetal tissue research has been conducted in medical laboratories for decades, and this has resulted in medical progress helping millions of people.  Your vicious, mindless attacks on this research and those who have assisted with it betray your medieval, ignorant, anti-scientific attitudes that present a real and present danger to our society.

Your unfounded fantasy that there are babies born alive in my office is itself anti-abortion pornography.   It does not happen.   My patients request my assistance in helping them terminate a pregnancy safely so that a live birth does not occur, and there are no exceptions to this outcome.   Your demand displays a total ignorance of the medical and surgical procedures that take place in my office and in other clinic or hospital-based abortion services.   Your demand is calculated to impugn and otherwise slander the professional reputation of physicians, such as myself, who are helping women manage an acute medical and emotional crisis that affects their lives in the most profound way.   You make this situation more unbearably worse for them by your “investigation” that is not only cruel but ignorant as well.   The fact that you are doing this for crass political purposes and partisan advantage is abhorrent.    Many of my patients request my assistance in terminating a desired pregnancy for reasons of catastrophic fetal abnormality that causes great pain and anguish for the woman and her family.   Your insistence on making a political spectacle of this activity and holding physicians like me up for public humiliation is cruel and unconscionable. It is inhuman.

You surely must have better and more constructive legislative tasks to perform.  Your pathological obsession with this matter is alarming.   You cannot be oblivious to the fact that a clear majority of Americans believe in a woman’s right to choose abortion under safe conditions performed by qualified practitioners.  A large proportion of pregnancies in this country are terminated by safe abortion, saving many women from the horrible deaths that occurred before abortion was legal in the United States.   It is one of the great public health success stories of the past century.  You and your Republican colleagues would force women back to the humiliation, fear, and suffering of back-alley abortions.  You should be ashamed.

You and your Republican colleagues oppose the availability of safe abortion.  Yet it is a matter of record that, in your fanatical zeal to control women’s reproductive lives in every respect and restrict their most personal freedom, you also oppose the free, ready and available access to safe and effective contraception.  The $1.59 million dollars that you are spending for this fraudulent “investigation” would pay for nearly 2,000 young women to have safe and effective long-acting contraception (LARC) that would prevent unwanted pregnancies.   Even the most obtuse can see that such access would dramatically and immediately reduce the number of abortions.   Your blindness to this, and your hypocrisy and political cynicism, is appalling.

The vast majority of the people in this world live in countries where abortion is permitted.  Safe abortion services and effective contraception are fundamental and essential components of women’s health services.  You and your Republican colleagues would put us behind all other modern nations in women’s health care.

I am determined to give my patients the safest possible medical care in a humane and dignified environment that supports their emotional and social needs to the fullest extent possible.   I have a superior staff of nurses, counselors, and other health professionals who are dedicated to help these women and their families.

Your sordid exploitation of this activity for political purposes places all of us – patients, physicians, and all members of my staff – at risk of violent retaliation by anti-abortion fanatics.   You know this.  This is not some paranoid fantasy.  A number of physicians specializing in abortion services have been assassinated, on at least one occasion in the physician’s church, and numerous other people, including an off-duty police officer and one physician’s bodyguard, have been murdered in cold blood by anti-abortion fanatics, each assassin a so-called “peaceful” anti-abortion protester up until the moment of the murder.

When is the last time you ever spoke out and condemned these senseless and spineless murders?

You and your Republican Party are vigorously allied with a violent terrorist movement that threatens the lives of women, their families, and health care workers.   As part of this sham “investigation,” your letter to me and letters to other physicians constitute a program of target identification for anti-abortion assassins.   You can deny this, but it is a fact.

Your “investigation” is legislative harassment that endangers our lives.  The blood of any of us who are assassinated is on your hands.

In fact, your Select Investigative Panel is a callous, delusional witch hunt that is very much in the tradition of Republican abuse of power most hideously exemplified by Joseph McCarthy sixty-five years ago in his rampage of destruction of lives and reputations.   Your Republican contemporaries in the House of Representatives waste millions of taxpayer dollars on these destructive and pointless “investigations” of their political opponents.   You pick on women, particularly poor women, and doctors.  Everyone knows that women of means will always be able to obtain abortions.  What a shameless coward you are.

Your despicable “investigation” is in the historical tradition also of the witch hunts of medieval Europe and colonial America, the Spanish Inquisition, and other faith-based government programs of sectarian persecution.   You will join them and Joe McCarthy in the history of the darkest of times in our Nation’s past.   It is also in the disgraceful Republican tradition over the past forty years of exploiting the abortion issue and the lives and anguish of women in order to gain political power.   You have succeeded.   You now have, with total Republican control of all three branches of the federal government, your Supreme Republican, Donald J. Trump, who has all the instincts and characteristics of a brutal fascist dictator.   You have given him unrestrained total power.  The rest of us will live in fear under his authoritarian regime.

In your letter, you state that you are including instructions for preparation of the documents that you demand.  There are no such instructions.  In any case, your demands are unreasonable and outrageous. Last, to comply with any such instruction would be in violation of my Fifth Amendment rights under the United States Constitution and a breach of confidentiality of my doctor-patient privilege.