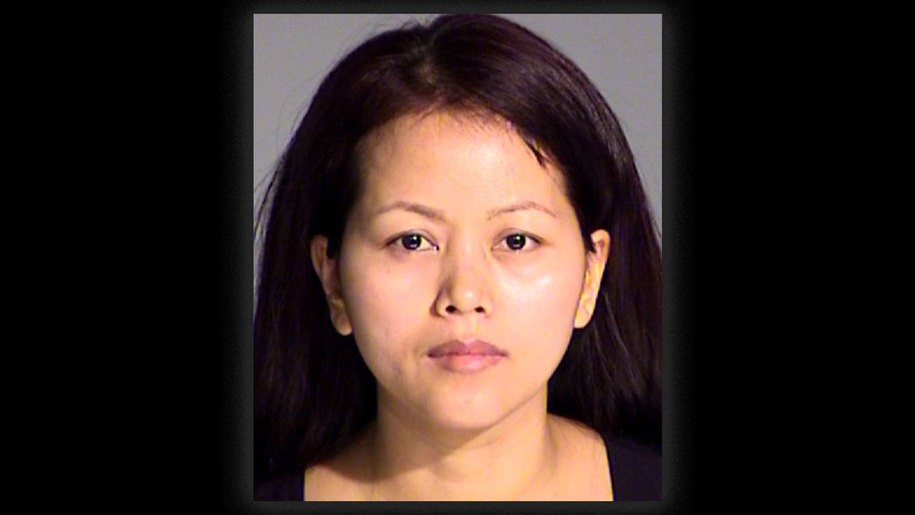 Most of us here remember vice presidential candidate Mike Pence as Governor Mike Pence the wicked homophobe who signed one of the most discriminatory and backwards laws into Indiana’s books—the anti-LGBT “religious freedom” law. The law was such a perfect example of terrible phobic and awful thinking and fear, that it’s been very difficult to express how far-reaching and punishing this law can be. Unfortunately, a troubled woman has been able to add to the reasons this law is so perfectly terrible.

An Indianapolis woman who beat her 7-year-old son with a coat hanger is citing Indiana’s religious freedom law as a defense against felony child abuse charges, saying her choice of discipline comes straight from her evangelical Christian beliefs.

Guess what? Your evangelical beliefs are criminal and you need counseling and probably jail time. A doctor who checked out the little boy counted 36 bruises, including hook marks on his face, arms, and back. Thaing is a Burmese refugee and is also arguing that there are major cultural differences between the United States and Burma as a defense.

Elaisa Vahnie, executive director of the Burmese American Community Institute on the south side, expressed regret for the injuries suffered by Thaing’s son while noting that what might be seen as a crime in Indiana may be considered typical parenting in Burma, which is now known as Myanmar.

“It’s a matter of cultural practice,” Vahnie said. “Sometimes you use a stick to correct them (in Burma). That’s very normal.”

Elaisa Vahnie might start by saying that the criminal act of abusing your children is “culturally accepted” in Burma, but it is criminal—this is abuse by any standard. The real question here is what to do. If there is indeed a census amongst the Burmese community that this activity wasn’t beyond the pale, then how do you educate this new community before every single family is separated and all of the parents are in jail? Personally, I have my suspicions about this case—the woman by all accounts did not think about beating her child, she just started beating him in a fit of frustration. Complicating matters is the Indiana Supreme Court’s decision to make child abuse kind of legal in Indiana, from back in 2008:

The religious freedom claim is half of a one-two defense offered by Thaing’s lawyer. The other half leans on a 2008 Indiana Supreme Court decision that affirmed the parental right to discipline children in ways parents consider appropriate, even when others could deem that behavior as excessive.

In 2008, the Indiana Supreme Court ruled 3-1 to overturn the felony conviction of Sophia Willis, who used a belt or an electrical cord to discipline her 11-year-old son. (The mom said belt, the son said cord; the court ruled it did not matter.)

It seems as if the defense is hedging its bets because the beating was so clearly severe.

Trigger warning: Before you go below the fold the image you will see is of someone’s back that’s been “religiously” and “culturally” punished. 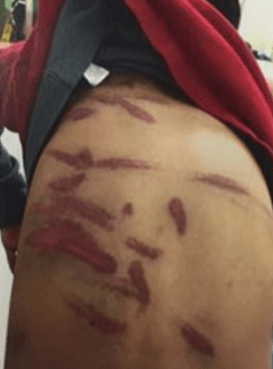 If everybody in your country walks around with bruises all over the face, all of the time, from the repeated abuse of everyone in your life, then you have a real case of cultural difference. If your country has a history of abusive practices and those practices are not accepted, by law in your new country, you are in legal trouble.