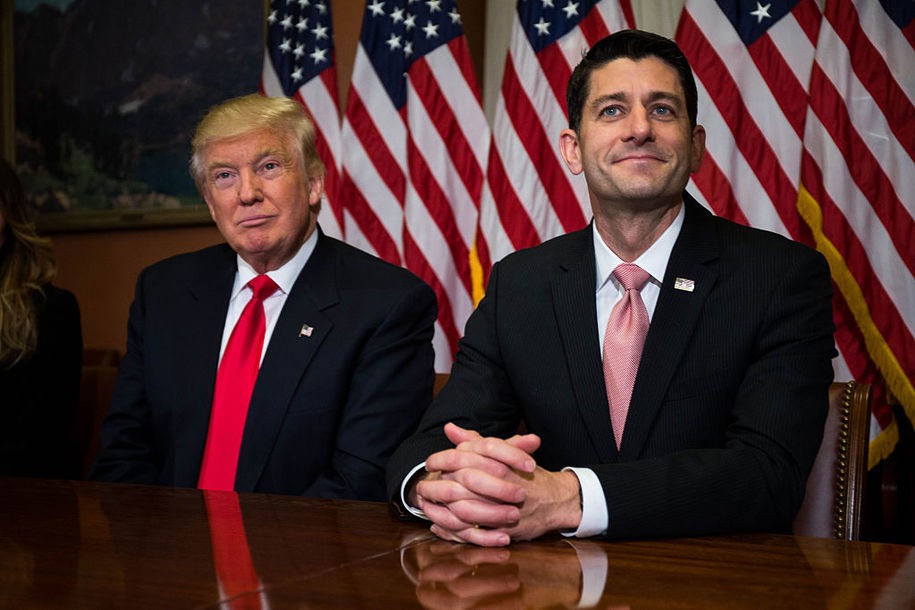 House Speaker Paul Ryan is off to a typically chaotic start to the new session. After taking a secret vote to get rid of the Office of Congressional Ethics before the session officially started, they’ve reversed course.

Following a public outcry, and criticism from President-elect Donald Trump, House Republicans reversed course Tuesday on drastic changes to the independent Office of Congressional Ethics. House Majority Leader Kevin McCarthy (R-Calif.) offered a motion to restore the current OCE rules, and that was accepted by the GOP conference.

So of course Trump gets credit for “criticism” and will probably get credit for this reversal. Never mind that Trump’s “criticism” was basically telling them they shouldn’t make it their first priority. No ethics watchdog? He’s fine with that, let’s just not hang our hat on it first thing. It’s pulled for now, but this isn’t the end, by any means. They’ll just do it when not so many people are paying attention.

Members spilling out of HC-5. Say the OCE change is dead for now but not forever. Many want to return to this issue soon…