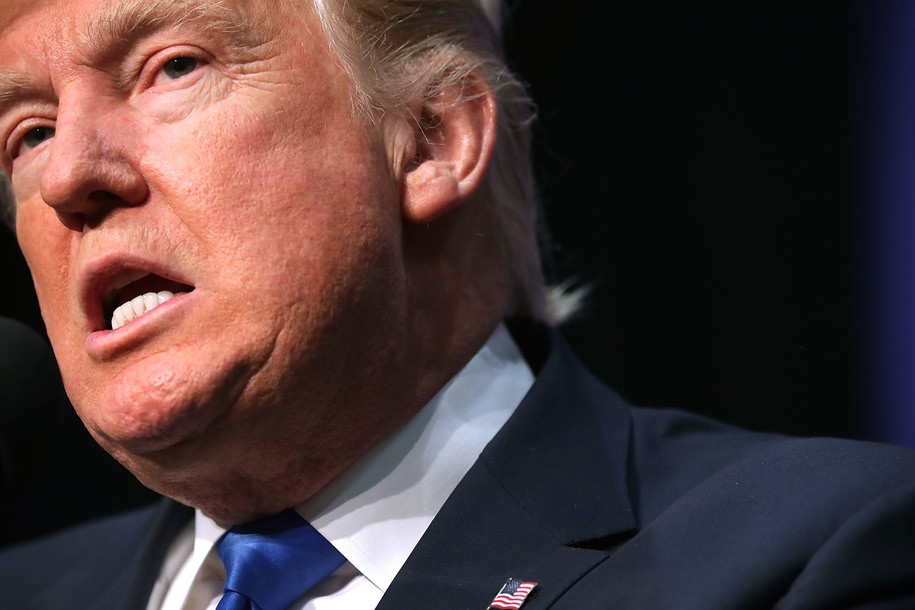 For the record, our president-elect is completely unfit for office. Today he tweeted a demand that the eventual replacements for the current Air Force One, the president’s two dedicated aircraft, be canceled.

Boeing is building a brand new 747 Air Force One for future presidents, but costs are out of control, more than $4 billion. Cancel order!

Several things are wrong with this. First, he’s (once again) lying. Costs aren’t $4 billion. The planes aren’t even being built yet. What exists right now are contracts for $169 million to design the replacements, because the current planes reach the end of their expected 30 year lifespan next year. Even going according to schedule, the new planes won’t be ready for five years after that.

But why did Donald Trump suddenly take to Twitter to denounce Boeing for an “out of control” “$4 billion” contract for a replacement Air Force One? TPM notes that it quite possibly could be a tantrum-fueled attempt to damage the company after Trump read earlier in the morning that someone at Boeing criticized him.

What appears to have happened is that earlier this morning, the Chicago Tribune published a story reporting that a Boeing executive had some skeptical things to say about Donald Trump. We already know that Trump obsessively scans the news for critical mentions of himself. (We also know that he reacts to news he sees with immediate tweeted policy proposals, as when he Twitter-mused about stripping citizenship from Americans who might burn a flag as an apparent response to a Fox & Friends segment on flag burning that had aired just beforehand. The man is a child.)

In any event, a mere twenty minutes or so after the Tribune story about a Boeing executive criticizing him was published, Trump suddenly found a strong opinion over one particular Boeing contract, declared it “out of control,” and demanded it be canceled.

The result was a new out-of-nowhere presidential demand, and a sudden nosedive for Boeing’s stock.

Some justifiably cynical reporters were quick to wonder whether Trump himself is a stakeholder in Boeing and perhaps is playing the market behind the scenes on this one. Spokesman Jason Miller denied it, declaring that Trump had sold his stocks last June, but it’s distinctly possible that this is a flat lie. There’s no evidence of it in his financial filings, and he’s lied about this precise thing before.

Do NOT believe Trump sold his stocks in June w/o documents proving it. He told me that precise lie – proven false by SEC filings — in 1987.

Trump making a net profit off his own tweets would indeed be an interesting story, but even without that bit of full-on corruption this appears to be Trump using the power of the office to punish companies whose executives don’t agree with his own policies. That’s, well, nuts. It’s policymaking by a toddler. It’s unhinged.

So it’s going to be interesting to see if Der Pumpkinfuhrer can come up with any other possible excuse for suddenly wanting to cancel a Boeing contract (while lying about its costs) other than because he just read a story in which a Boeing executive expressed disagreement with him and had a major policy-making tantrum over it. Odds are good that he can’t, and Trump really is just making radical administrative changes each morning based on whether somebody somewhere hurt his citrus-hued fee-fees.