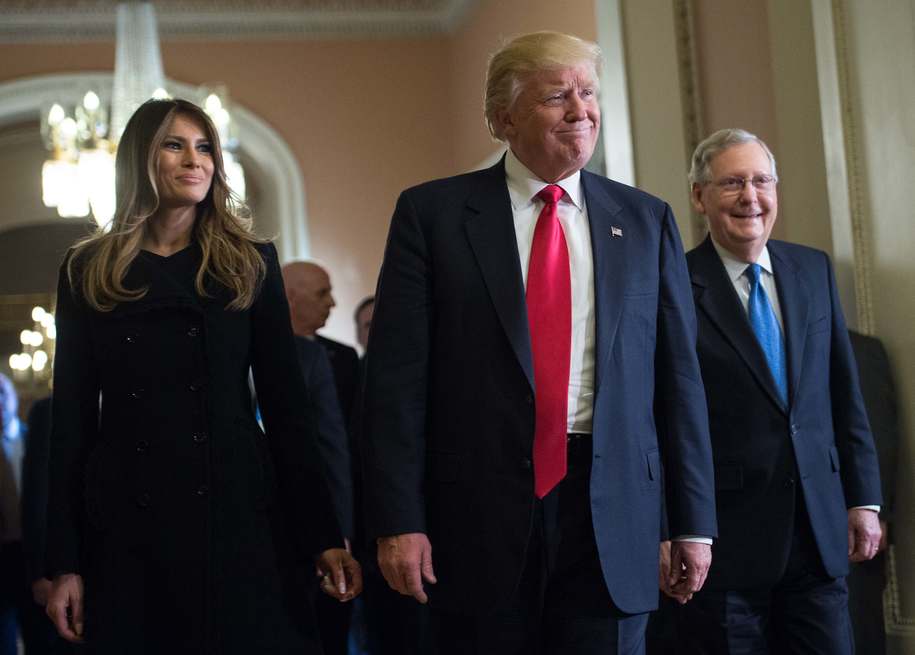 At no point during the campaign did Donald Trump appear to know what the duties of the office he was seeking actually were. Now that he’s been elected, he’s already chafing at having to do them.

Mr. Trump, a homebody who often flew several hours late at night during the campaign so he could wake up in his own bed in Trump Tower, is talking with his advisers about how many nights a week he will spend in the White House. He has told them he would like to do what he is used to, which is spending time in New York when he can. […] They say that Mr. Trump, who was shocked when he won the election, might spend most of the week in Washington, much like members of Congress, and return to Trump Tower or his golf course in Bedminster, N.J., or his Mar-a-Lago estate in Palm Beach on weekends.

This should work fine, so long as no national emergencies or terrorist acts happen on weekends. If they do, the American response will have to wait until Donald Trump commutes to his day job.

Even more telling is what Trump wants to do as president. He wants to do the only part of the campaign he found fun: Yelling angry things at angry crowds:

His aides say he has also expressed interest in continuing to hold the large rallies that were a staple of his candidacy. He likes the instant gratification and adulation that the cheering crowds provide, and his aides are discussing how they might accommodate his demand.“I think Trump has discovered that these rallies are tremendous opportunities for him to get his message out,” said Christopher Ruddy, chief executive of Newsmax Media, a conservative website. “It’s actually sort of old-fashioned, that you want to actually meet people and press the flesh with him.”

Translation: The ultra-narcissistic Trump is so addicted to “instant gratification” that he can’t bear the thought of sitting in a room signing papers when he could be sitting in front of a microphone raiing against each particular week’s list of people that have Wronged Him.

It’s interesting that the New York Times had to dig down to fringe site Newsmax to find anyone who thought that Trump continuing to fly around the country holding campaign rallies (at which he never, ever met people, but flitted in and out with as little human contact as possible) would be a good thing for him to do. I presume we’ll be seeing a lot of that from the Times in these next few years; earnest profiles of James O’Keefe as he explains his next fake tape, or quotes from white nationalist outlets about how Trump’s new Kobach-drafted policy of requiring all Latino citizens to carry citizenship papers with them is just further evidence of his patriotism.

Oh, and Trump also won’t be giving up Twitter. He spent the morning savaging the New York Times for not treating him fairly during the campaign.

As an aside, he is now fully within presidential powers to block them from the White House press room or traveling press if they don’t start giving him the sort of coverage he likes. And we are all quite certain that is another thing Donald Trump assumes a sitting president does.