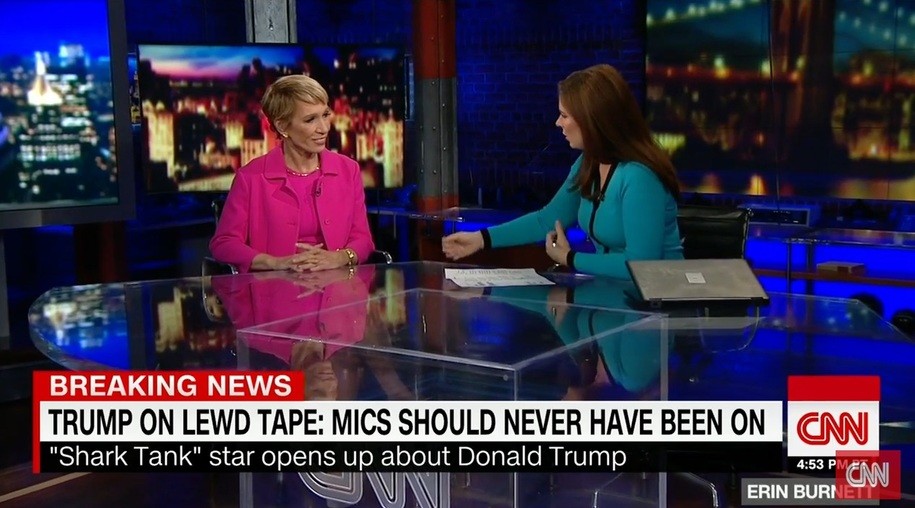 When someone shows you who they are, believe them the first time.

“Shark Tank” star Barbara Corcoran accused Donald Trump Thursday night of seizing a private moment to remark on her breasts, comparing them to the breasts of his then-pregnant wife.

“I was pregnant and he compared my breast size to his wife by putting his hands in the air,” Corcoran told CNN’s Erin Burnett on “OutFront,” gesticulating with her hands. “I was in a business meeting. I was shocked.”

She said they weren’t friends, they were in a business meeting and she later wondered how she might’ve felt if she were younger, less successful and subjected to his behavior.

I did think afterwards, how would I have felt if I’d been a young woman, not a successful businesswoman and been in a situation like that. I would’ve felt very compromised. So if a man is that way, so inappropriate, I just assume it’s that way all the time.

Listen to her describe the encounter: