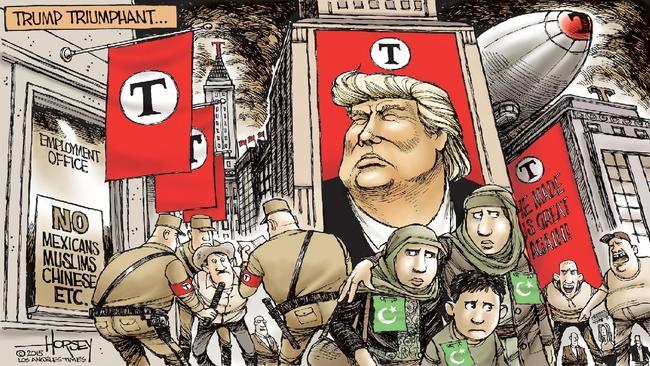 “There should be no sugarcoating the truth here: Donald Trump just invited a white nationalist into the highest reaches of the government. Bannon has boasted that he made Breitbart News ‘the platform for the alt-right,’ which is the politically correct term for the resurrection of white nationalism.

“Under Bannon’s leadership, Breitbart News created news sections such as ‘Black Crime’ and compared the work of Planned Parenthood to the Holocaust. Under his leadership, Breitbart News ran this headline following the massacre of nine church-goers at an African American church in Charleston: ‘Hoist it high and proud: The Confederate flag proclaims a glorious heritage.’ He called conservative commentator Bill Kristol a ‘renegade Jew.’ Steve Bannon bears substantial responsibility for the open and disgusting acts of hatred that are sweeping across our nation.

“After running a campaign built on inciting divisions and hate, Donald Trump has claimed he wants to unite America. Yet he has done nothing meaningful to stop the wave of hate crimes and hate speech he has unleashed, and now has brought that strategy right into the Oval Office.

“Donald Trump needs to forcefully denounce the hateful actions and efforts to intimidate people that some of his supporters are undertaking and rescind the appointment of Steve Bannon.”