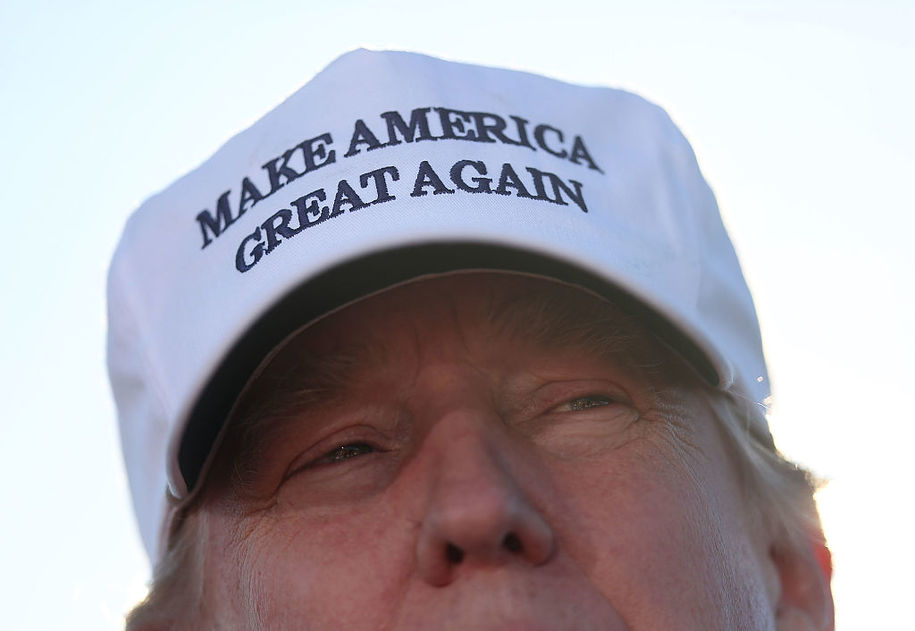 Here I am. Making your commercial great again.

You’ve seen them a thousand times—commercials saying that “candidate X may look like a fresh face, but he’s really just like …” Nancy Pelosi, or Harry Reid, or President Obama. Or, this season, Hillary Clinton. The implication being that the would-be Congressman or Senator would be a rubber-stamp to the “Washington agenda.” It’s a type of ad so standard, that they are literally cranked out by the national committees in bulk, with one candidate after another slipped into the same thirty second spot.

But this time around, some candidates are so upset over being compared to the Republican nominee that they’re threatening to sue.

Some Republicans are running so far away from their party’s nominee that they are threatening to sue TV stations for running ads that suggest they support Donald Trump.

In some of these ads, the connection is as weak as saying “imagine Donald Trump as president” with the candidate supporting him in the House. That’s still too much for the candidates, whose suits include claims that being connected to Trump can cause “substantial and immediate harm” to their campaigns.

But the funniest thing about this is that, by launching frivolous lawsuits, all the candidates are showing just how much like Trump they really are.

Just to single out one of this quintet of suit-happy Republicans.

Dold demanded the removal of an ad that claimed he was privately raising money to defeat Democratic presidential nominee Hillary Clinton. The DCCC was referencing an event Dold headlined called “Beat Hillary at the Distillery.” Dold says the money only went to local candidates.

If that’s true, then did the people who were giving funds to “beat Hillary” know that none of their money was going to beat Hillary? And isn’t that … deceptive advertising?

Republicans apparently feel about tort law just the same way Donald Trump feels about election results—they’re perfectly ready to accept how great it is, so long as it’s on their side.