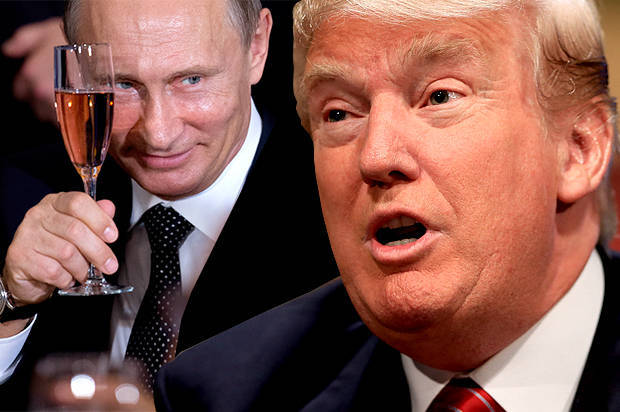 This is a disturbing report.

“They want to essentially erode faith in the U.S. government or U.S. government interests,” said Clint Watts, a fellow at the Foreign Policy Research Institute who co-authored a report about Russian propaganda. “This was their standard mode during the Cold War. The problem is that this was hard to do before social media.”

A similar report from PropOrNot, provided to the Post, identifies more than 200 websites that routinely pushed Russian propaganda to at least 15 million Americans, and found that false stories pushed on Facebook were viewed more than 213 million times.

Some stories originated from RT and Sputnik, state-funded Russian information services that are more akin to traditional news sites but sometimes include false or misleading articles.

The coverage was overwhelmingly favorable to Donald Trump, and some of the most notable examples of fake news garnering major traffic online centered on Hillary Clinton’s health, protesters that were allegedly paid to interrupt Trump events, and fears about vote tampering.

“The way that this propaganda apparatus supported Trump was equivalent to some massive amount of a media buy,” said the executive director of PropOrNot,…

So those who read those sites spread the fake news stories over the sewage distribution networks (provided by our wonderful corporate Social Media).

The flood of “fake news” this election season got support from a sophisticated Russian propaganda campaign that created and spread misleading articles online with the goal of punishing Democrat Hillary Clinton, helping Republican Donald Trump