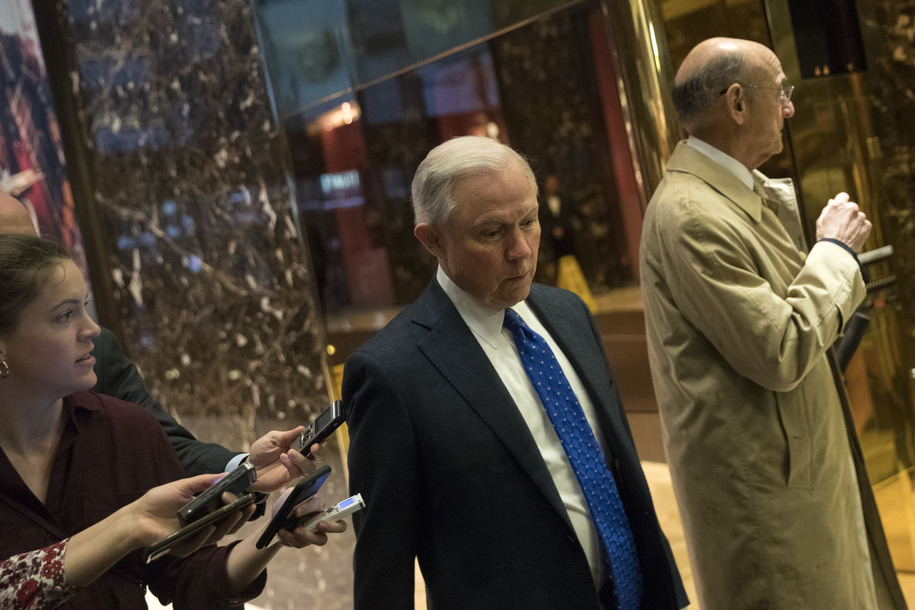 Sen. Sessions on his way to kissing Trump’s ring.

“He could be a nightmare for civil rights for all people,” Alabama State Conference NAACP Political Action Committee Chairman Jerry Burnet said of Sessions.On Tuesday morning the NAACP will converge on Senator Sessions’ Huntsville office to voice their concerns. The organization will also hold press conferences in Birmingham, Montgomery, Dothan and Mobile.

They’re not just converging on Sessions’ office: they’re occupying it.

The @NAACP & @AlabamaNAACP are occupying the Mobile office of @jeffsessions–untill he withdraws as a AG nominee or we're arrested.@tvonetv pic.twitter.com/7uceDDpz1Y

This is a very good way of focusing attention on just what a disaster Sessions would be for civil rights in this nation.