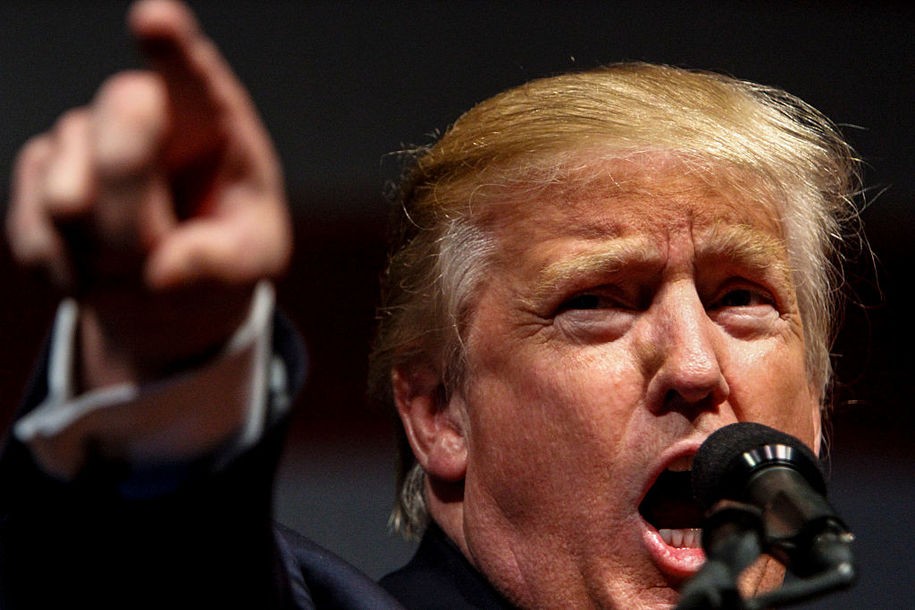 Donald Trump visited the site of the most memorable speech in American history on Saturday morning  to give a speech that in its way was also particularly memorable. Memorable partly for its darkness, over-the-top-invective, and warnings against zombie voters.

Trump, who has accused opponents of rigging the election against him, again raised the specter of voter fraud. He said — without evidence — that “1.8 million dead people are registered to vote, and some of them are voting.”

But what Trump’s Gettysburg speech will be most remembered for is promises of sweet, sweet revenge. Billed as a “positive policy speech” with the “aim of putting controversy behind him and focusing on the actions of his first 100 days in office,” Trump instead rambled away from the TelePrompTer to rant about the system being rigged, about Hillary Clinton being a criminal somehow in cahoots with the FBI, and about the media “poisoning” American voters against him.

And it turned into promises to avenge himself against the media, against opponents and against those women brave enough to speak up about his past acts.

He also vowed to file lawsuits against the women who have accused him in recent weeks of inappropriate sexual behavior, saying: “All of these liars will be sued after the election is over.”

As side notes, Trump promised to take away funding for climate change and make it easier to sue the media. Because what America apparently needs is lawsuits.

You may not remember that part of the Gettysburg Address where Lincoln said he’d jail his opponent and sue everyone who insulted him—because it wasn’t there. Trump made up for those omissions.