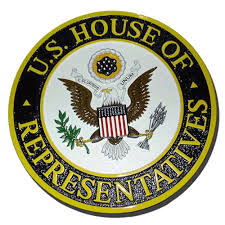 “Fifteen months after the Select Panel was created and after spending more than $1.5 million in taxpayer dollars, the American public deserves an accurate accounting of what the Select Panel has learned,” wrote the Members.  “Despite the repeated false rhetoric of Panel Republicans, this investigation has found no evidence of wrongdoing by researchers, health care providers, clinics, or companies who help facilitate life-saving research.”

“When Congress spends well over a million taxpayer dollars, hardworking Americans should expect that something good will result – that their lives will be made better,” added Select Panel Ranking Member Jan Schakowsky.  “Here, the results are the exact opposite.  This purely partisan witch-hunt against researchers and doctors has caused affirmative harm.  The Panel has endangered doctors and researchers; and studies and clinical trials on diseases and conditions like multiple sclerosis (MS) have been delayed or halted.  As one scientist reported, this is the kind of inexcusable delay that “results in the additional deaths of people who could have been rescued.’”

The Democratic report’s overarching conclusion is that, like the seventeen other federal and state investigations into the fraudulent Daleiden/CMP video allegations, the Select Panel found no evidence of wrongdoing by health care providers, researchers, or tissue procurement companies.

The Democratic report also documents the grave abuses Republicans engaged in during this investigation.  Republicans refused to adopt an investigative plan or rules to govern the Panel’s work, issued forty-two unilateral and unjustifiable subpoenas in violation of House rules, denied Democrats access to Panel records, and held Republican-only negotiations, briefings, and interviews.  They reneged on public and private promises to protect individual safety and security and, instead, publicly identified and condemned targets of their investigation.

“We agreed to participate in this Panel because facts matter, and we were determined to be in the room to defend the truth,” the Members wrote.  “As the Panel increasingly abused congressional authority and put doctors and researchers at risk, we called on the Panel to disband but continued in our efforts to make this investigation as fair, balanced, and fact-based as possible.  To that end, we are releasing this report to set the record straight for the American people.”

The Democratic report makes five recommendations.  Because the fundamental goal of the Panel Democrats has always been to ensure that public policy is based on facts – not false, manufactured allegations – the recommendations seek to combat the anti-fact, anti-research, and anti-health approach that Panel Republicans have taken.