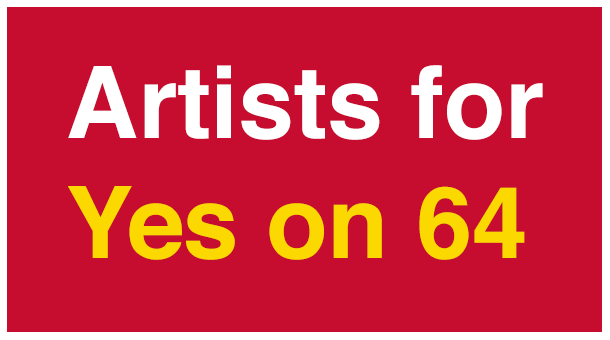 CALIFORNIA–(ENEWSPF)–October 25, 2016.  A group of well-known actors and musicians today came out in favor of Proposition 64, the Adult Use of Marijuana Act, a voter initiative on the November 2016 ballot that will control, regulate and tax responsible adult use, sale and cultivation of marijuana in California.

Proposition 64 will alleviate California’s overburdened criminal justice system and directly roll back America’s failed War on Drugs. Over the last decade, nearly half a million Californians have been arrested for low-level pot-related crimes.

“I am shocked and saddened by the harm that marijuana criminalization brings, especially for communities of color,” said Olivia Wilde, one of the actresses who came out in support of Prop. 64 today.  “Being a mother, I’m deeply invested in reform that will lead to a more just and peaceful world for all our kids. It’s time to end the harm.”

“Proposition 64 will strengthen our communities and end the selective and aggressive enforcement of marijuana possession that has contributed to California’s booming prison system,” said dream hampton from Revolve Impact, who helped organize the artists. “And it will allow for marketplace diversity and economic equity. Proposition 64 is long overdue,” hampton concluded.

“A victory on Prop. 64 will be a huge triumph for California,” said Mike de la Rocha from Revolve Impact.  “This one policy alone will allow thousands of Californians, mostly Black and Brown, to apply for immediate release from jail. It helps the economy. It ensures no child will ever go to jail for marijuana again and it alleviates a good measure of the racial discrimination that harms too many people. It’s a no-brainer.”

Just last week Jay Z released a video about the history of the War on Drugs, calling it an “epic fail” and favoring Prop. 64.   And yesterday retired 16-year NBA veteran Al Harrington released another powerful new video on TheRoot.com. In it Harrington describes the benefits he and his grandmother receive from using marijuana.

Proposition 64 contains important sentencing reforms that eliminate or reduce most adult use and cultivation marijuana offenses. It ends the wasteful of expenditure of tens of millions of taxpayer dollars every year in California on the arrest, prosecution and incarceration of nonviolent, marijuana-only offenses. Proposition 64 also reduces barriers to entry to the legal market, and drives hundreds of millions of dollars in investments to low-income communities that have been most negatively impacted by the drug war.

New tax revenue from the retail sales of marijuana, estimated to be up to one billion dollars each year, will also fund substance use treatment for youth, environmental restoration, research on implementation and medical marijuana and reentry programs in communities harmed by the war on drugs.

Learning from Colorado, Oregon, Washington, Alaska and the District of Columbia, California’s ballot initiative resets the bar on marijuana legalization by ensuring it centralizes reparative justice and helps to heal all those who have been harmed by failed marijuana prohibition.

In an exclusive interview with The Root, Harrington discusses California’s Proposition 64, the war on drugs, and why it’s absolutely necessary for marijuana to be legalized and decriminalized.  By: Kirsten West Savali, October 24, 2016