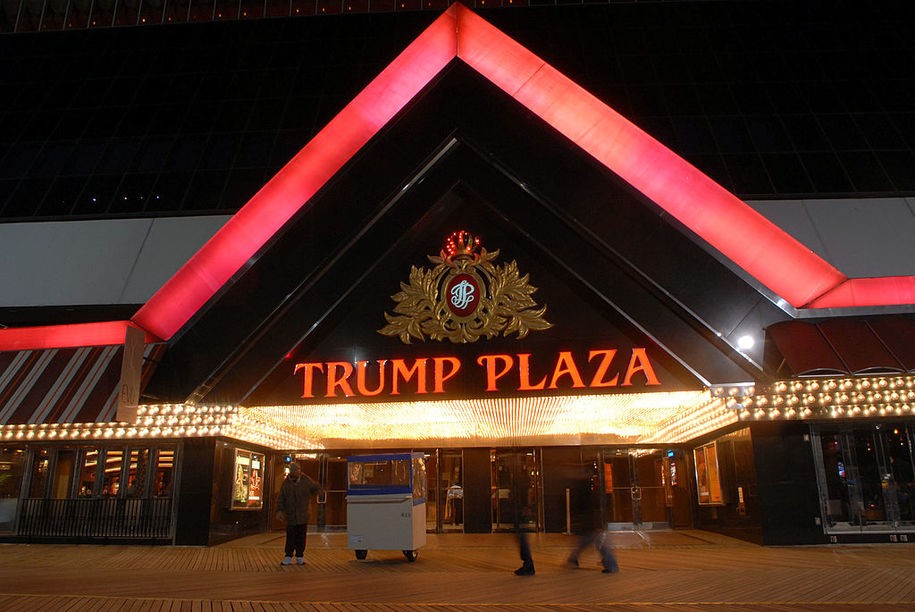 Sure, Donald Trump has connections to the Russian mafia—but don’t forget his ties to the plain old American variety. Those connections included deals with mob-owned concrete companies to build Trump Tower.

No other candidate for the White House this year has anything close to Trump’s record of repeated social and business dealings with mobsters, swindlers, and other crooks.

Many of Trump’s mob connections come from his billion-dollar failure in Atlantic City. Among underworld figures frequenting Trump casinos was Robert LiButti, who was closely connected to Mafia boss John Gotti.

Libutti was banned from New Jersey casinos because of his ties to organized crime, but that ban didn’t keep Trump from taking care of the mobster. Trump’s Atlantic City casinos had to pay $650,000 in fines for repeatedly violating the ban and accommodating LiButti. Donald Trump has testified frequently that he didn’t know LiButti, but then, Donald Trump doesn’t seem to understand the concept of recording.

A newly uncovered video appears to contradict Donald Trump’s claim that he never knew a high-stakes gambler who was banned from New Jersey casinos for alleged ties to organized crime. … according to his daughter, Edith Creamer, who also attended the event. “We were his guests,” she told Yahoo News in a text message this week.

The video shows Trump and LiButti side by side, but the relationship went a lot deeper than just being in the same place. Why were Trump’s casinos fined? Not just for serving LiButti. They were fined for serving up racism and sexism on demand.

The video could raise fresh questions about two separate investigations by casino regulators that led to the huge fines levied in 1991. In one of those cases, Trump’s hotel was fined $200,000 for violating state anti-discrimination laws. Investigators found that the casino accommodated LiButti’s demand — couched in what one state official described as the “vilest” language, including racial and obscene slurs — that blacks and women be kept away from him at the gambling tables. Trump was never questioned as part of the state’s investigation, files reviewed by Yahoo News show.

Trump’s casino was willing to exclude women and minorities at the request of a mafioso. That’s charming. And while Trump has denied being a pal of the mobster, there are plenty of others who know better.

Creamer, LiButti’s daughter, said then the casino mogul was a “liar,” adding that “it pisses me off that he denies knowing my father.” In fact, she said, her father gambled millions of dollars at the Trump Plaza, flew frequently on Trump’s private Super Puma helicopter and partied aboard his yacht.

The relationship between Trump and LiButti even stretched into a business deal … one that ended in a typical manner for a Donald Trump deal.

Jack O’Donnell, former president of Trump Plaza, said that Trump and LiButti even did a business deal together. During a trip the two of them took aboard Trump’s private helicopter, Trump agreed to pay $500,000 for one of LiButti’s prized thoroughbreds — a racehorse he promptly renamed “D.J. Trump.”

How did that turn out? Because we haven’t heard Trump bragging about his horse, and a winning horse is something Trump would definitely brag about.

But when the horse later went lame, Trump “reneged” on the deal, O’Donnell said.

Ah. Of course he did. While the relationship may have survived Trump’s typical reluctance to part with actual dollars, what soured the relationship between Don and don was even more typical for Trump.

… the mogul “lavished gifts” on LiButti, while also trying to seduce Creamer, who was married at the time. The mogul’s advances toward Creamer enraged LiButti, who, in Johnston’s account, threatened Trump, saying: “Donald, I’ll f***ing pull your balls from your legs.”

In a nutshell, Donald Trump violated the law to hang with a mobster, served up racism and sexism on request, reneged on a business deal, and tried to seduce a married woman.

Trump to Cede 13 Million Jobs to China Over Next 4 Years, In Just One Industry

Washington, DC–(ENEWSPF)–January 8, 2017 By Idontknowwhy  Thanks to Trump we lose millions of jobs. As READ MORE