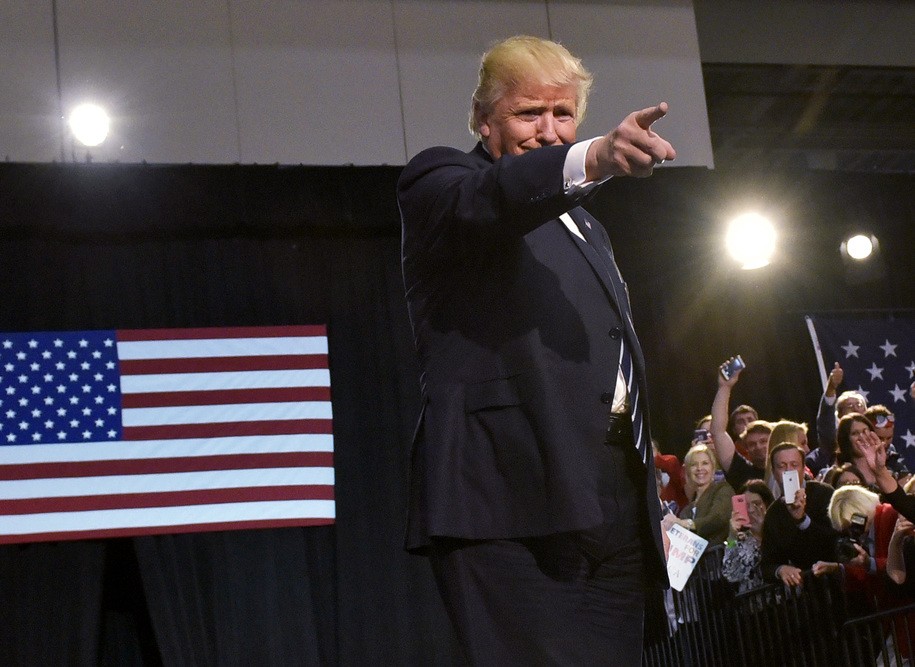 Trump knows very well about voter fraud. His people and the party he represents work diligently on suppressing the vote, while also engaging in some voter fraud themselves. Case in point: Brandon Michael Hall. The 27-year-old Trump supporter was convicted yesterday on 10 counts of election law fraud.

The 27-year-old Grand Haven resident, author of the West Michigan Politics blog and self-admitted political junkie, said the verdict wasn’t a surprise. Hall said that he had resigned himself to that possibility after the Michigan Supreme Court, during this past summer, determined his case should be tried as a felony.

In 2012, Hall forged signatures on a bunch of petitions in the hopes of placing a judicial candidate—Chris Houghtaling—on the ballot for Ottawa County District Court judge. Hall was done in when his cohort in the fraud Zachary Savage was granted immunity and agreed to spill the beans in court. Hall has a history of being a low-level corrupt little individual.

Hall had previous dealings with the law when he was convicted in 2010 for stealing from a school fundraiser while he was a member of the Grand Haven school board. He served two years of probation and performed 60 hours of community service.

Hall has been able to continue working on campaigns as well as run for elected office.

Hall has stayed busy the past few years working on various political campaigns across the country and most recently ran for the state House 89th District seat, but he was defeated in the Republican primary in August. He also worked on President-elect Donald Trump’s campaign.

However, as good as it is that Mr. Hall was convicted, what is unclear is why the would-be-candidate Houghtaling seems to be missing in action here.

At one point, during the years of appeals, both the defense and the Attorney General’s Office agreed to a list of stipulated facts. Those facts included the following: that Hall was helping Houghtaling get signatures on petitions for a May 1, 2012, filing deadline; that Hall and a friend, Zachary Savage, filled in the petitions using different colored pens and different hands; that Houghtaling drove Hall and Savage to Lansing while they continued to fill in the signatures; and that Hall copied numerous names from a 2010 petition.

“At one point, Mr. Houghtaling asked Brandon Hall to reach into a suitcase … to see if those would help,” Savage said.

Houghtaling never appeared during this trial and Assistant Attorney General Greg Townsend has declined to comment on whether or not Houghtaling would be charged.