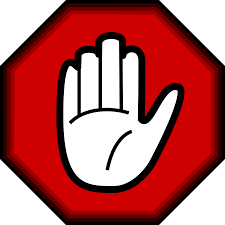 Washington, DC–(ENEWSPF)–January 3, 2017.  Every Tuesday the people will rise. This is not a drill, we are facing a Republican controlled federal government, a President-elect that has used fear and hatred to fuel his campaign and an already dangerous cabinet with self-proclaimed white nationalist Steve Bannon as Chief Strategist and career racist Jeff Sessions as Attorney General. We must act now. We need to demand our representatives to do everything in their power to protect our communities including opposing Jeff Sessions as Attorney General.

This is an action toolkit to conduct an action at your federal representative offices every Tuesday at a time that works for your community, until your representative denounces Trump’s cabinet appointments.

Trump’s cabinet nominations are not a reflection of the American people.

Corporations have taken over our government so we are taking over this office.

We demand that you make a public statement denouncing Trump’s cabinet nominations and that you call on your legislators to do the same.

We are not leaving until we get a response from the Senator.*

*We know that there are risks to staying in a federal office all day. A response can be an email, phone call, social media post or written statement that comes from the Senator to your group. Don’t feel the need for them to come out or have press conference (but that is cool too).